The accusations made against one another are mind blowing. 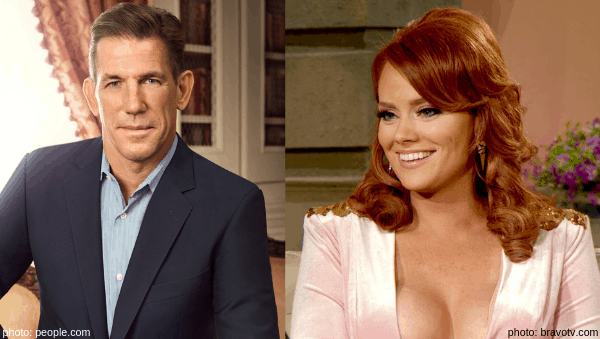 Things are getting uglier and uglier in the custody battle between Thomas Ravenel and Kathryn Dennis from Bravo‘s Southern Charm!

The former couple who share two children appeared in a Charleston County court earlier this week, and it was ugly. DailyMail.com obtained court papers filed on behalf of Kathryn demanding Thomas turn over all financial, cell phone, and medical records since January 2015.

Thomas had petitioned to deny the mother of his children “the right to compel him to produce material relating to any events before June 30, 2017, according to The Daily Mail. The judge denied his bid, saying he “took a very liberal view of discoverable evidence.”

Kathryn claims that Thomas apologized for some incriminating behaviors in one of the sexual assault cases against him via text messsage, which is one of the reasons why she requested the documents from the court. She also said that her ex has “a personality disorder,” according to The Daily Mail, that caused him to assault two women sexually.

Thomas couldn’t resist making his own claims against Kathryn! He said she has a history of mental health problems, such as Bipolar disorder, ADD, kleptomania, OCD, and self-mutilation. He also accused his ex of using faux urine to pass drug tests, claiming Kathryn is NOT drug-free.

What do you think would be best for Kathryn and Thomas’ young kids? Let me know in the comment section!

Be the first to leave Comments for Southern Charm: The Thomas Ravenel And Kathryn Dennis Saga Continues