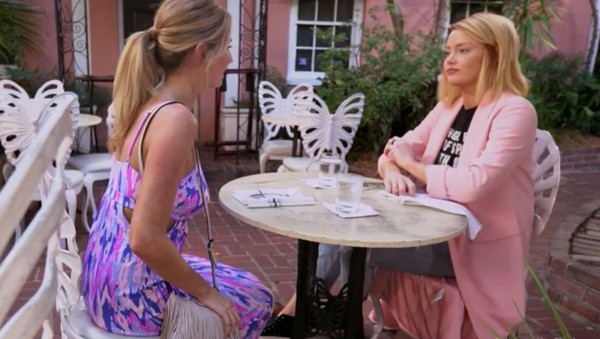 The episode starts with Cameran Eubanks’ baby shower gift from Patricia Altschul, Michael. Is it a little strange that Michael so readily agrees to rub Cameran’s feet? A bit.The two clean and organize Cameran’s kitchen for baby and Michael tells Cam that the “well-to-do” don’t buy their baby food pre-made; they have their help make it from scratch. Cam tells Michael , “Well, I’m not well-to-do,” el-oh-el.

Meanwhile over at Craig Conover’s house, our young tailor friend is FaceTiming his parents to discuss his relationship with Naomie Olindo. Poor Craig, no one believe in him. His mom asks him if he just woke up because, “he still looks drunk.”

Craig tells us that he’s seen his parents go through a rough patch in their own relationship, which is why he still believes that he and Naomie could get back together. Oooh, Craig this is a bad take on your relationship status.

Craig also shares that he’s finally figured out how to get some direction in his life. While taking an Uber home, he started talking to his driver (polite), who mentioned that they are also a life coach. What pains me so much is that Craig is incredibly hard on himself. He says that he knows what all of his flaws are, but he just doesn’t know how to fix them.

Meanwhile over at Vickery’s, Thomas Ravenel of all people has decided to talk J.D. Madison through his separation with Liz. What kind of lost fool takes relationship advice from Thomas is beyond me, but apparently J.D. says that Liz begged him to go to Cameran’s baby shower and that he couldn’t say no.

Over at Kathryn Dennis’ house, Kathryn calls Cameran to discuss Cameran’s baby shower. Cameran apologizes that Patricia wouldn’t allow Kathryn to come, but Kathryn says she understands “Petty Patricia’s” ways. Kathryn also says that she’s invited Thomas’ girlfriend, Ashley, to have lunch with her because she wants to get to know the woman who is spending time with her kids. Seems fake, but okay.

Shep Rose meets former flame Peyton at Ember Woodfired Kitchen. If you remember, Peyton was a former contestant on Shep’s dating show, RelationShep, that he did not end up choosing. But that is not going to stop Peyton from pursuing her 15 minutes! Peyton shares with Shep that she has moved to Charleston and already has a job as a dog groomer. Cool, cool cool. Peyton also reveals that she has been quietly seeing Austen Kroll, which does not seem to bother Shep…yet.

Kathryn and Ashley finally have their lunch together at 82 Queen and it is awkward.  I honestly love that Kathryn takes everything that Ashley says as a sign that she’s evil. Ashley asks Kathryn what she wants to drink and Kathryn gets wound up like a lawnmower. “She knows that I’m sober!” It’s a little like this. 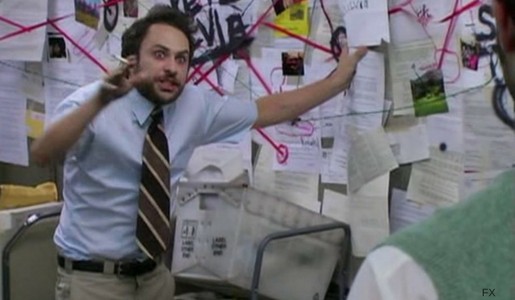 Kathryn reiterates that she has heard nothing about Ashley from Thomas, but she softens when Ashley shares that she comes from a divorced home. Ashley says she understands how difficult is can be for kids to see their parents in new relationships. Ashley says that her mother and her sister were concerned about her dating Thomas when she told them that she was going to move to Charleston because of his reputation. Girl, they were right!!

Then Ashley makes a total goof when she lets it slip that she met Kathryn’s children in the same week that she started dating Thomas. No, wait, she clarifies, I met them on Mother’s Day.

In her interview, Kathryn is frustrated that Thomas has yet again disobeyed their custody agreement and feels like it’s unfair that she follows all of the rules when he doesn’t have to. “It tells you a lot about what a man with money in Charleston is allowed to do,” she tells us.

Cameran, Danni, and Cameran’s friend Leva, meet up for lunch at Ink Ivy  and Cameran tells them that she is starting to feel better about being a mom. She says that she understands that her life won’t end once she has her baby and I hope for baby Palmer that this is true.

Chelsea Meissner meets her father, Ken, at the beach because she needs a little fatherly wisdom about her love life. Chelsea tells us that her father is her best friend, which must be true because as they set up their fishing rod, she jokes with him ” I guess this makes you the master baiter, huh?” Yikes dot com.

Chelsea says that all of her friends are settling down and that she wonders why she doesn’t want to. Ken tells her that not everybody needs to be married or have kids and that he will accept it if she decides to not go the traditional route. See, Craig’s parents! This is could be you, if you weren’t so hard on him.

The next scene takes place at The Restoration Hotel,  where Kathryn and Danni are hosting a girls night. Kathryn is so young. All she wants is to take the sheets from the hotel bed and put them on the ground so that the women will sit on the ground, like a slumber party.

Ashley gets a package of “mugshots” in the mail over at Thomas’s house. She sifts through all of the different options and then jokingly tells Thomas that hers would be the one that says “Trophy Wife,” or better yet, the one that says “Gold Digger.” Which is probably why Thomas tells us that he is starting to need some space.

Back at the hotel, Naomie tells Kathryn, Chelsea, and Danni that she spoke to Liz after seeing her at Cameran’s baby shower and she now understands why Liz is trying to work things out with J.D. For the kids.

The girls aren’t the only ones down to have some fun. Craig, Thomas, Austen, Shep, and Whitney Sulder-Smith all meet up at a bar, where Austen and Thomas are determined to get Craig over Naomie and under another girl. Craig says that he isn’t ready to start seeing new girls until he is sure that things with Naomie are over.

At dinner, Naomie reveals that she and Craig haven’t had sex for six months and Kathryn says that she has matched with Austen on Bumble. Naomie also tells us that she suffers from PEG (Psycho Ex-Girlfriend) syndrome and has a tracker on Craig’s phone.

Over at Warehouse, Shep is doing his damnedest to get Craig to sleep with a new girl. Even boasting that Craig went to law school and is “on the up and up” to some women he is trying to impress. But Craig does not take the bait and I respect him for that.

The next day at Tavern & Table, Craig and Naomie finally meet to talk about their relationship. Are they together? Are they broken up? What exactly is going on between these two?! Craig tells Naomie that he would love to get back together with her, but unfortunately for Craig, Naomie is still undecided. All Naomie wants to see is that Craig can grow up, be a productive member of society, and provide for her, but Craig hasn’t proven that he can do that. It makes me so sad to see Craig list all of the ways that he’s tried to become an adult, from law school to getting  a house — he even throws it out there that he’s getting a life coach! But for Naomie, she needs to see actions before words, as Craig has promised her again and again that he is going to get his act together. Craig tells Naomie that if she doesn’t believe him then they are over and Naomie leaves the restaurant crying.

Tell us if you agree with Naomie in the comments!

Be the first to leave Comments for Southern Charm Recap: All Talk No Action