Thomas' ex had an altercation with her roommate. 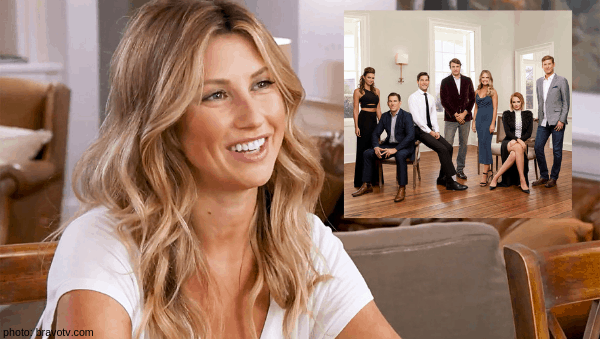 Ashley Jacobs‘s live is full of drama… again. What else would you expect from someone who would date Thomas Ravenel?

Following a disagreement last week, the woman who had been allowing Ashley to stay with her, kicked the Southern Charm star out of her place, according to the Instagram page  @a_beautiful_snarky_mess who spilled this piping hot tea.

According to the police report, Ashley went back to the place she was kicked out of to get some of her things. Her former roommate told the cops that Ashley made accusations about her to her parents, who just happened to be visiting at the time. Ashley allegedly told her roommate’s parents that her former roommate had tried self-harm and was a druggie.

Nene Leakes How Dare You GIF from Neneleakes GIFs

Naturally. this escalated to a shouting match and the roommate telling Ashley to leave. Ashley, however, refused to leave until the cops were called. The roommate asked the cops for a ‘Trespass Notice’ to prevent Thomas’ on-again off-again girlfriend from returning to her home. The cops were also told the roommate wanted the restraining order “due to her feeling unsafe” and that she suspected Ashley “would come back to the residence,” according to reporting from RealityBlurb.com.

As stated in the police report from the Mount Pleasant Police Department, authorities called Ashley  to inform her of the trespass notice and that the Southern Charm star who was seen filming season 6 “stated that she understood” and promised “that she would not return to the residence anymore.” Reality Blurb reported that Ashley was then told that she “would have to call the police department to do a security standby” if she needed anything else from the home.

If you would like to read more about Ashley filming the upcoming season of Southern Charm, click here.

Are you glad to see Ashley back for the new season of Southern Charm? Give me a YAY or STAY AWAY with your reason why in the comment section below!

Be the first to leave Comments for Southern Charm: Cops Are Called On Ashley