Simon is teaming up with Nicole Scherzinger from the Pussycat Dolls for a new show. 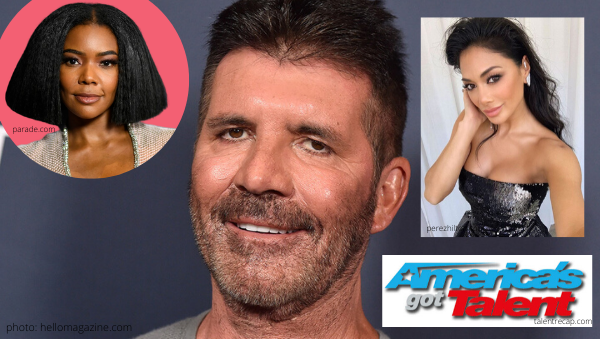 Simon Cowell announces a new reality competition show in the UK amid America’s Got Talent drama with Gabrielle Union in the states. The brutally honest reality show judge was auditioning talent with Nicole Scherzinger from the Pussycat Dolls. They’ve joined forces for The X Factor: The Band, which aims to find the next Little Mix, One Direction or Fifth Harmony.

According to reports from Mirror, “It will be here that both the boy and girl band will be created by the judges – before the two groups go head to head in a live final.” The winning boy band or girl group will win the prize of a record contract.

Meanwhile, back at AGT…

Simon’s on-set behaviors were at the center of the five-hour meeting that Gabrielle held with NBC execs. In case you missed it, the Bring It On actress claims she was fired after complaining about a hostile set environment. If you’ve ever watched Simon on tv, ‘hostile‘ seems to be an appropriate term.

According to Page Six, “the great part of the discussion” involved Simon’s “acerbic behavior” and his “overlording.” Additionally, “The ball is in NBC’s court to see if they can get Cowell to agree to make some changes to the way things are done on the show.”

Do you think Simon will make changes to his behavior to keep his America’s Got Talent gig, or will he say Bye, Bye, Bye to AGT and focus on finding UK’s next big boy band or girl group? Drop your opinion off in the comments!