See and hear the new taglines for yourself! 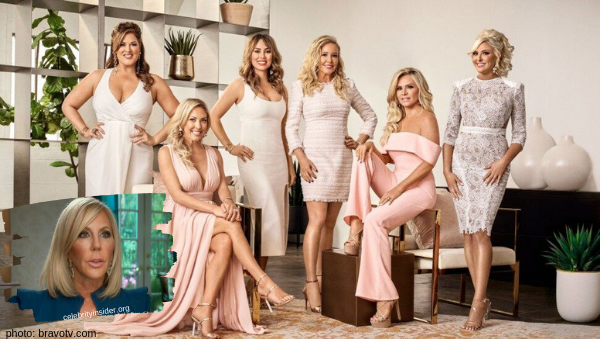 Real Housewives of Orange County season 14  taglines are here! SPOILER ALERT, Vicki Gunvalson does not have one. We don’t have to wait for the premiere to hear the taglines until the premiere thanks to People.com!

It’s looking like ‘How Shannon Got Her Groove Back‘ and I’m HERE FOR IT. Shannon Beador is feeling herself (as she should be) as she exclaims, “The tables have turned… and this time, I’m dancing on them!”

Tamra Judge is taking on Real Housewives of Beverly Hills star Erika Jayne‘s mantra from How Many F**ks with her new tagline, “These days faith, family and fitness are the only ‘F’s’ I give,” the fitness model boasts.

“I’ve made mistakes in Orange County but I’ll fix them in a New York minute,” vows Gina Kirschenheiter. Click here if you missed Gina’s run ins with the law since last season.

Emily Simpson went the playful route as she parodied Legally Blonde‘s Elle Woods in her second-season tagline. “In a town full of blondes, I’m legally brunette.”

New housewife and mom of seven, Braunwyn Windham-Burke, brags “I manage to wrangle a family of nine and still look like a ten.”

Kelly Dodd took her opportunity to remind us “If you don’t want me to cross the line, don’t draw one.”

Do you miss the ‘OG of the OC.’ Vicki Gunvalson?