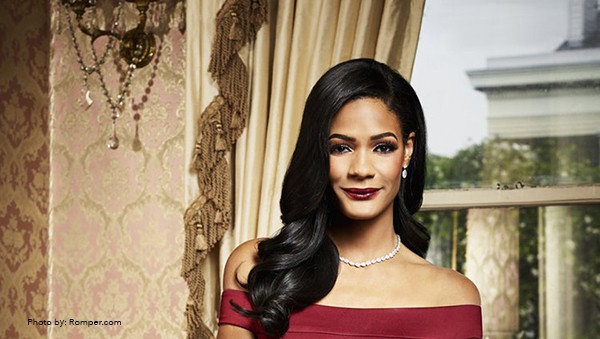 Oh, hello. Welcome back! Did you enjoy your nap? That’s terrific. Now that you’re awake let’s get you caught up. Tamica Lee is still obsessed with Gian, Justin Reese is still avoiding making a commitment to Kelsey and Jon Moody is still topless. Try and stay with me.

It’s the end of the season. We’ve (debatably) made it and it appears everyone is having epiphanies. First, Tamica. Tamica meets Susan, Rachel, and Reagan Charleston for lunch and after they gab over how tasty Reagan’s food was, Tamica goes into what happened with her and Gian. It appears that after Tamica tried to put Gian in her place, Gian blocked Tamica from social media, meaning their friendship was officially over. That’s not what upsets Tamica the most, though. She’s still upset that Gian cut all ties with Barry Smith. Reagan believes that Gian is jealous of Tamica and still thinks like a 16-year-old and I thinks it’s because she didn’t get to watch what we’ve gotten to watch.

After their counseling session, Tamica drunkenly returns home Mr. Mom Barry washing dishes. Tamica tells Barry she feels emotionally abused because of the Gian debacle. Barry follows up by telling her that Gian is co-hosting some Jazz party we’ve yet to hear about, and after Tamica conducts her full set of hand gestures, we move on to the next scene.

While Tamica gestures her way out of a Gian story, Justin and Kelsey move into his parents’ house. As you’ll recall (it wasn’t a dream, it really happened), Justin is working on his parents home after it was damaged by the hurricane. This is supposed to be temporary, however, Justin informs Kelsey there is a set back with their new home and Kelsey gets p**sed. She’s over living her life based on Justin and his plans, expressing this loud enough that Justin’s mom walks in and tries to calm things down. How does she do this? By saying Kelsey should look at their situation a little differently, kissing Justin on the cheek and walking off. So their relationship should be good now.

Tamica stops hand-gesturing long enough to focus on her daughter. If you remember, Tamica’s daughter, Rani, is having issues at her school. To combat these issues, Tamica takes Rani to her friend, Susan’s, radio studio to help her sort out her feelings. Susan interviews Rani and eventually, they have a breakthrough. Tamica realizes she needs to focus more on her family and this sounds like we’re headed into a season two.

Tamica isn’t the only one threatening us with a season two. While Tamica sorts out her life, Reagan is cooking gumbo for Jeff Charleston – an act that leads him to begin the “let’s have children” discussion. Reagan is worried about their future, Jeff is worried that he’ll die at 55 and won’t have time to enjoy his children. BUT, he just might! Reagan is eight days late… Dun.. Dun. DUNNNN…

Reagan calls Tamica to tell her what’s happening, to which Tamica responds by having her friend Rachel bring a pregnancy test to the Jon Moody/Gian party – because what better time to take a pregnancy test than at a party.

Everyone arrives at the party, and even though Reagan didn’t want Tamica to say anything to Barry, she did and now Barry is saying something to Jeff. Poor Jeff – he’s very excited that Reagan might be pregnant. Reagan does take a pregnancy test and is very excited to find out that she is, in fact, not pregnant.

Since this is Tamica’s show we can’t be worried about Reagan, so it’s back to Tamica. Tamica talks to Gian and apologizes for her comments regarding Gian’s former marriage.  They hug and are frenemies again, which puts Tamica in the mood – her and Barry get fresh in a bathroom. Following their rendezvous, Jon Moody paints on the roof while a band plays and it’s actually pretty amazing – so amazing that everyone says I love you to each other and they’re all best friends.

And there you have it. Southern Charm: New Orleans. I’ve heard New Orleans is quite the trip so don’t let this show dissuade you from paying a visit. At the very least you’ll know who to get drunk with. Based on a few scenes it looks like there might be a season two. If there is, what do you think will happen? Will Gian try to play the part of Tamica, as Tamica believes to be what’s happening? Will Reagan get pregnant? Will Justin ask Kelsey to marry him? Will interesting things actually happen? Comment below!