The American Horror Story star shares that she was not upset that Lisa Vanderpump left RHOBH. 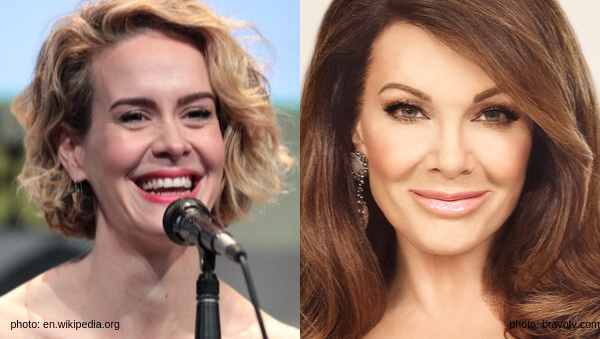 American Horror Story actress, Sarah Paulson, threw shade at former Real Housewives of Beverly Hills star, Lisa Vanderpump. According to The Blast, the celebrity Bravoholic claimed, “I’ll miss the dynamic she brings to the group, which is, you know the fear of God she instills in everyone, but no, I won’t miss her. I met her once at a party, she wasn’t that nice to me.”

As a huuuuuge fan of Sarah Paulson, never forget her 5 star performance as Marcia Clark in The People v O.J. Simpson, I’m also a ride-or-die for LVP. I was surprised to hear Sarah speak poorly of a Bravolebrity, as she is a super fan of the franchise.

Sarah agreed to get hooked up to a polygraph machine for an interview with Vanity Fair. She was forced to tell the truth about a wide range of subjects, including her feelings on her least favorite Real Housewife, Lisa Vanderpump. (I wonder if Sarah is a Vanderpump Rules fan…but I digress!)

That was hard to hear.

In better Bravo news, Sarah was also asked about Bethenny Frankel leaving the RHONY cast and thought that the show will go on. She elaborated, “I think the star of the Real Housewives is the franchise itself. So I think it will survive without her, yes. Although I, personally, will miss her. I’d like them to bring back Jill Zarin, though, personally.”

What are your feelings of hearing Sarah Paulson’s hot takes on these popular Bravolebrities? Sound off in the comments!