Home > Buzz RuPaul's Drag Race News: Learn How Hollywood Is Changing Its Drag Ways, Watch The AJ And The Queen Trailer And More

RuPaul's Drag Race News: Learn How Hollywood Is Changing Its Drag Ways, Watch The AJ And The Queen Trailer And More

Bianca Del Rio, Manila Luzon, and Alexis Mateo are among the 22 dragtestants appearing on the Netflix show. 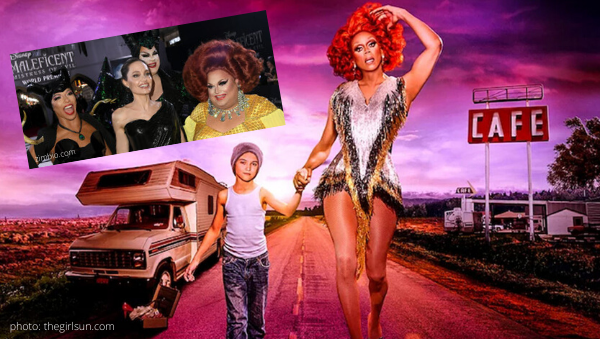 The latest RuPaul’s Drag Race news is here! Good news, drag lovers… Hollywood is finally changing its ways when it comes to featuring drag culture in the mainstream arts.

As per an article in the Hollywood Reporter, “Drag queens have tapped into an audience that’s been desperate for a different kind of entertainment,” explained Randy Barbato, of World of Wonder. “Madison Avenue, the fashion industry and Hollywood are finally catching on.”

In case you missed it, Farrah Moan, Nina West, and Peppermint made a recent appearance at the opening of the latest installment of the Charlie’s Angels franchise.

More recently, some of the most popular dragtestents were photographed on the red carpet at the debut Disney’s Maleficent: Mistress of Evil. I was so overwhelmed gagging at Shangela, Nina West, and Ginger Minj, I hardly noticed Angelina Jolie in the pic.

The preview for RuPaul Charles‘ scripted dramedy, AJ and the Queen trailer is here! Bianca Del Rio, Manila Luzon, and Alexis Mateo (BAM!) are among the 22 dragtestants appearing on the scripted dramedy. Watch to see which other queens were cast on the Netflix show!

RuPaul dazzles as a down-on-her-luck drag queen, Ruby who finds herself in the additional role of a caregiver to 10-year-old AJ. Created by Sex and the City‘s Michael Patrick King, AJ and the Queen debuts January 10th on Netflix.

Need more drag in your life? Check out the Alright Mary podcast. The hosts Colin and Johnny break down Drag Race and the all things in the wonderful world of drag. Click here to listen. You can thank me later…

Are you planning to watch AJ and the Queen? Sound off in the comments!

Be the first to leave Comments for RuPaul’s Drag Race News: Learn How Hollywood Is Changing Its Drag Ways, Watch The AJ And The Queen Trailer And More