Have these two finally called it quits? 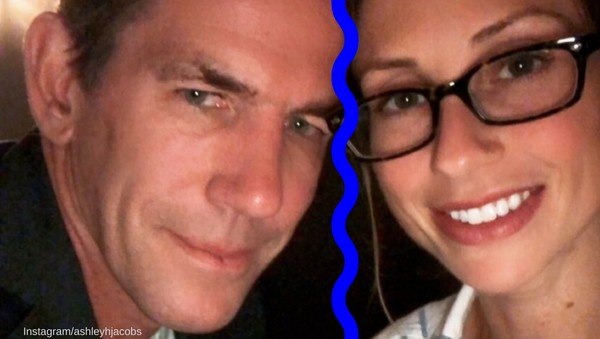 Can someone pinch us so we know that we aren’t dreaming? According to numerous reports, Southern Charm’s Ashley Jacobs and Thomas Ravenel have finally split and we’re dying to know the reason why!

In a new report made by People Magazine, reporters spoke with Kate Casey of the Reality Life with Kate Casey podcast, who told the mag that Ashley spilled the beans to her in a recent phone call.

The podcaster let it slip that Ashley “told me that she broke up with [Ravenel] and that she blocked his number.” But a break-up with the former politician is not so easy.

“She’s in this weird position because she changed her licensing or she got licensing to be a nurse in South Carolina and really had come to the conclusion that she was going to set up a new life, away from Santa Barbara, in another state across the country,” Casey explained.

“She of course did this hoping that she would ultimately be in a loving relationship with someone who has had two children with a woman he never ended up marrying, has served time in prison, and has all these allegations against him,” Casey added. “She wasn’t really able to see how that made absolutely no sense.”

Casey said that while she and Jacobs spoke, she tried to persuade the reality star to leave Ravenel. “My strategy was to say things like, ‘Kathryn [Dennis] is not your enemy. Why would you want to be with somebody who has all this chaos in their life? I think it actually started to work,” Casey added.

“She’s told me that they’ve broken up, and that she has no intention of getting back together with him and I hope that’s true.”

But let’s not get our hopes us too high. Neither Bravo nor Ashley have commented on Casey’s claims and on Sunday Ashley responded to a fan on Instagram who questioned the Hospice Nurse on her relationship status that, “I don’t plan on addressing rumors or talking about my relationship status to social media at this time.”

“Sorry for any confusion,” she added.

Do you think Ashley is gone for good? Let us know in the comments!

Be the first to leave Comments for Rumors are Flying That Ashley Jacobs & Thomas Ravenel Have Officially Split!