Rumors are spreading that Tinsley Mortimer may be quitting Bravo's hit show! 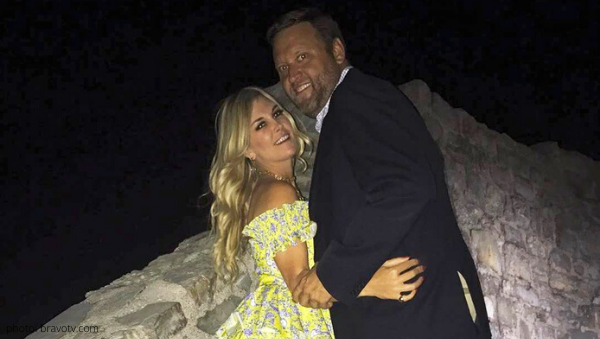 Real Housewives of New York star, Tinsley Mortimer, skipped a filming session, sparking rumors that she may be quitting Bravo‘s hit show! Could it be because of her on-again-off-again boyfriend, Scott Kluth? Check out who Tins gave photo credit to in this cheesy Instagram post…

Page Six reported, “Tinsley Mortimer didn’t show up to film “The Real Housewives of New York” Thursday night because she’s skipped town to be with her on-again boyfriend.” The news outlet was told that her cast mates think her unexpected absence means she’s quitting RHONY, but sources close to Tinsley say her status on the cast is “not black-and-white yet.”

Tinsley was scheduled to be at the Eventi Hotel in Midtown Manhattan to shoot with the rest of her cast mates, but friends of the sassy socialite say she’s in Chicago. Yes…where her boyfriend/Coupon Cabin founder resides. If you look at the location of her most recent post on the ‘gram, it appears Tinsley was in the Windy City, not the Big Apple.

According to WonderWall.com, “Tinsley and her beau seem to be moving forward with their relationship. Page Six said Scott has even purchased an engagement ring and he’s supposedly asked Tinsley to come back to Chicago with him, and there is suspicion that she may very well move to Illinois.” It appears that Dale’s daughter is ready to put her personal life ahead of her RHONY responsibilities, but added that no final decision has been made.

Although the remaining RHONY ladies are convinced that we’ve seen the last of the socialite on the Real Housewives, those close to Tins think she’ll be involved in the show in some way the upcoming 12th season.

If you need more Real Housewives news and gossip in your life, check out the On This Day Entertainment podcast. Click here for the most recent episode!

Would you like to see Tinsley return for another season of RHONY? Sound off in the comments!