Tinsley clarifies that she did not quit the show when she said "YES" to Scott Kluth's proposal. 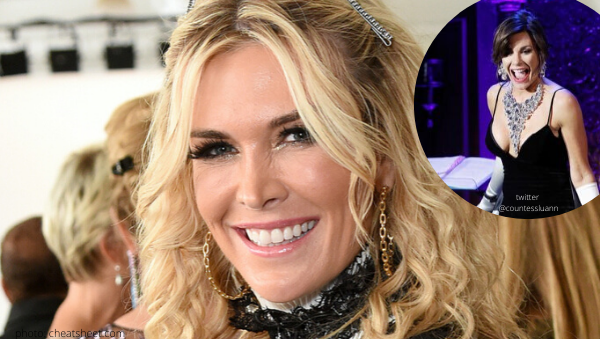 Real Housewives of New York star, Tinsley Mortimer, denies quitting the hit Bravo show despite what her co-star, Luann De Lesseps, said on the record. Lu, is that part of the ‘Girl Code‘ you sing about?

Tinsley did admit, however, to taking a break from filming after Coupon King, Scott Kluth, proposed. Regardless, Tinsley revealed she’s heading back to the Big Apple to begin shooting again for the series’ 12th season.

So where has the socialite been during the last few weeks of filming?

Tins told People, “Scott and I have been celebrating our engagement in Chicago, where I will soon call home.” Dale’s daughter continued, “The last few weeks have been such a wonderful whirlwind of excitement, and we both wanted to spend this special time with each other and our families.”

Since this is her fiance’s busy season, Tins is going to return to filming RHONY while Scott dishes the discounts. “As with many relationships, life does not completely stop for love, which is why I will continue to honor my work commitments in NYC while Scott focuses on CouponCabin’s busy season in Chicago.”

Tinsley did an interview with People to address the rumors that she quit her Real Housewives gig. “It’s important for me to set the record straight. Any reports saying that I had to decide between Scott or the show are 100 percent untrue. We are enjoying this incredibly happy time in our lives.”

In case you missed it, ‘Countess’ Luann performed her cabaret show in New Jersey and claimed that the soon-to-be Mrs. Kluth was “not filming anymore.” Tinsley appeared with Lu and their costars Ramona Singer, Dorinda Medley and Leah McSweeney at BravoCon in early November, but Tins had not been seen filming with the ladies since. People reported she even skipped the cast trip to Mexico earlier this month.

Are you glad that Tinsley is still a RHONY cast member? Drop your opinion off in the comments!