Game, Set, Does RHONY Star Tinsley Mortimer Have A Match

Tinsley appeared flirty with Extra's Billy Bush at an outing with friends. 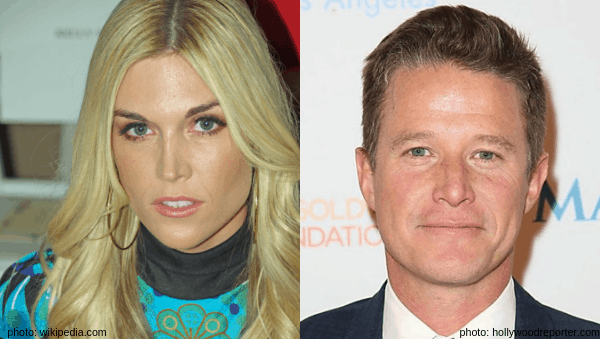 The socialite appeared to be flirting with Extra‘s Billy Bush at an outing at New York’s Brooklyn Bowl with friends. Onlookers reported it looked as the pair were on a first date!

An eye witness spilled to Radar Online, “They were bowling in a group, but they looked particularly cozy and affectionate with each other.” The leak continued, “They were super flirty.”

After the ups and downs Tins had with Coupon Cabin CEO, Scott Kluth, many fans of Dale’s daughter want to see Tinsley in a healthy relationship. “She looked really happy, which is so nice after all the drama she had with Scott on the show,” explained Radar Online’s source.

Billy and his wife of 20 years, Sidney, divorced last year. Don’t forget, Billy was fired in 2016 from Extra after a 2005 Access Hollywood interview surfaced of him and then-presidential candidate Donald Trump having a lewd conversation about grabbing women by their genitals without their consent.

Fast forward to 2019. Things seem to be on the up and up for Billy. He’s going back to work for Extra with a $3.5 million contract later this year and he’s back in the dating saddle.

Tinsley’s spokesperson confirmed the outing with her and Billy. “She was at Brooklyn Bowl on Saturday with a group of friends that included Billy,” her representative told Radar.

Do you think Tinsley and Billy make a good couple? Drop your opinions off in the comments!

Be the first to leave Comments for Game, Set, Does RHONY Star Tinsley Mortimer Have A Match