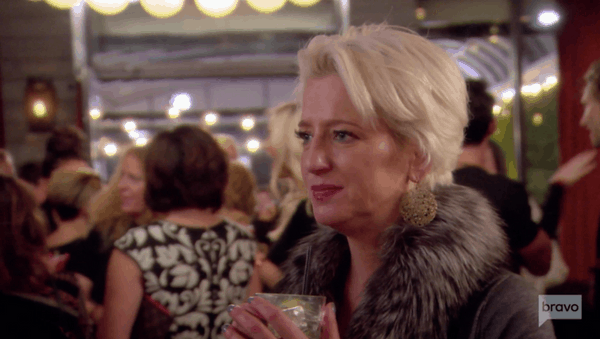 This episode of the Real Housewives of New York was a wild one for one Luann de Lesseps. The Housewife didn’t even make a physical appearance in the episode. But, thanks to her recent arrest, she was the talk of the town. Let’s get into everything Luann right now!

Carole Radziwill calls Tinsley Mortimer (from L.A.) to, of course, talk about Luann‘s arrest. Carole said that she’s scared for Luann‘s wellbeing. Tinsley happened to be in Palm Beach at the time (which is where the incident occurred). As you might recall, Luann was super drunk at the time of her arrest, where she allegedly assaulted a police officer.

But, Tinsley related that she invited Luann over for a drink to talk after it all went down. Oh, Tinsley. Tinsley also brought up that she was actually arrested in Palm Beach, too. Although, she was arrested for a misdemeanor and Luann has four felonies. Yikes.

Ramona Singer and Dorinda Medley (in a boot from a salt-shaker injury) are also in mid-chat about the arrest. Ramona says that Luann was self-medicating with alcohol prior to the incident. She also said that she ran into Tom, Luann‘s ex, multiple times during New Year’s Eve. Dorinda side-eyes the hell out of that. Their chat turns to Bethenny Frankel‘s Skinnygirl Jeans party. But, Ramona‘s not invited after that dramatic AF phone call from the last episode.

In a couple of brief segments, we see Sonja Morgan getting ready to head to Tinsley‘s to stay. Her townhouse is under constructions and it looks like she’s in a war zone of her own making. Then, Ramona meets with a dermatologist to work on her skincare line. So, that’s really happening.

On the way to her event, Bethenny tells her driver that she texted Carole recently. She told Carole that she misses her and that she thinks Carole‘s been cold. According to Bethenny, she replies with “That’s a lot.” Once we’re at the party, the talk of the town is still Luann and, still, the nutcracker situation.

Bethenny brings the nutcracker thing up to Dorinda, who said that she wanted a public, explicit “thank you” in front of the other women. Although, a throwback clip shows that Bethenny definitely thanked her for the gift, even if she didn’t say the exact words “thank you.” Bethenny then brings up Dorinda‘s Puerto Rico meltdown and says she didn’t tell anyone about that. That was kind of a low blow, honestly. It was so unrelated. However, the two do eventually squash things. 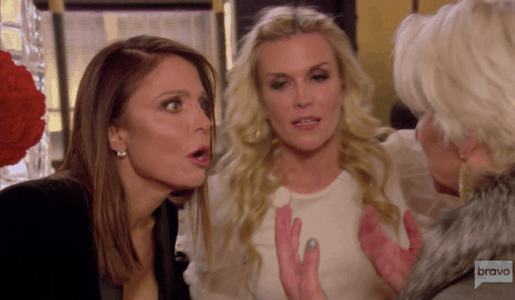 Throughout the event, Sonja is getting her flirt on with a young waiter. She’s talking about Luann‘s arrest with Tinsley, but her attention is definitely still on this guy. When he reveals that he’s 26, she backs off. But, not for the reason you might think. She says that 26 isn’t young or old enough. Sonja either dates 23-year-olds or older, established guys. I can’t think of anything more classic Sonja than that statement.

Dorinda talks with Bethenny and Tinsley about, who else, Luann. Dorinda says that Luann should never have gone to Palm Beach, especially since she went to the hotel that she had her wedding brunch in. Wow, c’mon Luann. Tinsley says that Luann wanted to show that she could handle it, which is true. Bethenny and Dorinda start to joke about Luann slipping from the handcuffs. Tinsley, surprisingly, says that they shouldn’t really joke about it.

Then, Carole and Bethenny meet for lunch. Bethenny cuts to the chase and asks if Carole‘s mad at her, bringing up the awkward text. Carole stands by it. She says that she told her it was a conversation to have in person and not via text. Carole also says that she never thought something shifted in their friendship (yeah, right). Bethenny disagrees and says that there was an obvious shift going on. 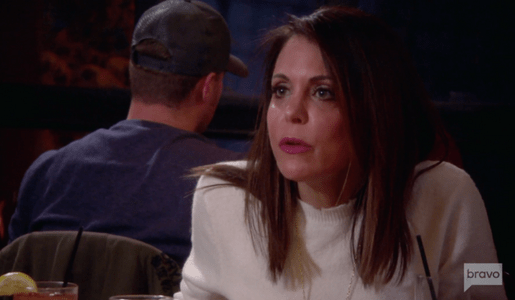 Carole brings up that Bethenny asked if Carole was sad at the Christmas party. I don’t think Bethenny was in the wrong there, actually. She was wondering if her friend was alright, is that a crime? Bethenny eventually loses ground, though, and resorts to saying that Carole is debating everything with her. Carole then calmly explains why she was mad. Side note, I still can’t fully understand all of the exact specifics of this fight. I’m not sure that Carole and Bethenny do either, though. Instead of going in circles about it, they do hug it out. Is this the end of it?

Sonja arrives at Tinsley‘s in full fur. And it’s actually really nice to see them back to being friends. Tinsley tells her that there are no rules at her place (unlike Sonja‘s many rules for Tinsley at the townhouse). She then surprises her by saying she got Sonja her own penthouse suite for the night. And, she got her a Louis Vuitton bag as a welcome gift. OK, can I be Tinsley‘s guest next? 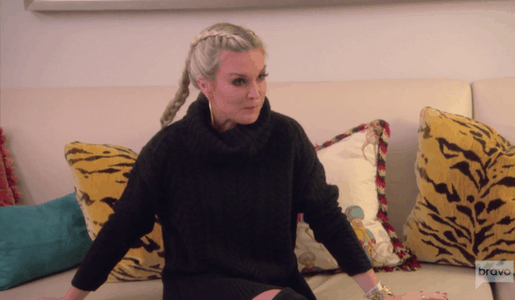 Lastly, we finally get to hear from the woman of the hour herself. Luann calls Dorinda, from rehab, to explain things a bit. Luann was only going to stay with a friend in Palm Beach for a day or two. She says that they weren’t even going to go out during the time. However, she proceeded to go to all of her and Tom‘s favorite places, which she admits was a poor move.

Luann says that she’s obviously not proud of what happened. Her lowest points came when she had to call her mom and kids to tell them about the arrest. It was her “rock bottom.” But, she also relates that she’s doing better right now. So, hopefully, we’ll see the Countess happy, healthy, and back in action soon.

Do you think Bethenny and Carole‘s reunion will last? And what are your thoughts on Luann‘s arrest? Tell us your thoughts in the comments!

Be the first to leave Comments for RHONY Recap: You Broke the Penal Code