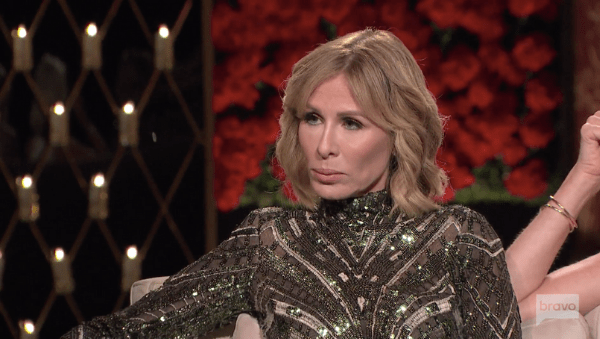 Season 10 of the Real Housewives of New York finally came to a close recently. Just as it began, it ended in a totally dramatic fashion. For the last time this season, let’s get into everything that happened on RHONY.

Carole Radziwill and Bethenny Frankel‘s feud continued, of course. This time they’re arguing about the red scarf guy. But, I can’t exactly follow what the issue is here. That dude was not worth fighting over anyway, just saying. Sonja Morgan really hit the nail on the head when she said that the two ladies were having a bit of an ego fight here.

In one of the more positive segments during the reunion, Sonja revealed that she had indeed rented out her townhouse. It was really nice to see Sonja moving on in such a great way. And the rest of the Housewives also agreed on that fact. Then, Sonja said that she got into a bit of trouble this season as she went cold turkey when she went off of her anti-depressants. But, Tinsley Mortimer didn’t accept that as an excuse. However, don’t worry, Sonja and Tinsley are in a good place now.

Then, Carole and Bethenny‘s argument continues in truly bizarre fashion. Carole says that she took issue with Bethenny saying that Carole and Tinsley were BFFs. Carole says that they’re good friends but aren’t as close as it may appear. Tinsley said that she was, understandably, a bit hurt by that. It was honestly just really weird that Carole was arguing the fact that she and Tinsley weren’t great friends. It was almost like she was insulted by the presumption. Tinsley can be annoying but there’s nothing wrong with being her BFF. So, what gives, Carole?

Bethenny and Carole then choose to “compare” resumes. Unsurprisingly, they both come off looking terrible during their comparison. They then move on to talk about the boat trip from hell. In short, they all thought that it was a dire situation except for Tinsley, who was as cool as a cucumber during it. The Housewives also discussed their bowel movements and, once again, I’m gonna spare you those incredibly thrilling details.

Andy Cohen ends the reunion by asking each Housewife what their one regret of the season was. Bethenny‘s was that she called Dorinda Medley a drunk (if she did). Dorinda’s so touched by that admission that the two share a hug. Tinsley’s regret was screaming at Sonja during Ramona Singer‘s dinner party at the beginning of the season. Sonja‘s regret is similar in that she wishes she didn’t start any drama with Tinsley.

Ramona regrets posting that Instagram featuring Luann de Lesseps post-rehab. Andy jokes that Carole‘s regret should be when she said that the host was full of sh*t. Instead, Carole (sorta) regrets that things got so bad with Bethenny, which Bethenny notably says isn’t a regret under her breath. And Dorinda regrets what she said to Luann in Colombia. These regrets aside, I have to say that this season of RHONY was one of the best in years and the ladies should all be proud that they brought some grade A drama to the table.

Do you think Carole and Bethenny will ever make amends? Sound off in the comments below!

Be the first to leave Comments for RHONY Recap: Season 10 Reunion Part 3