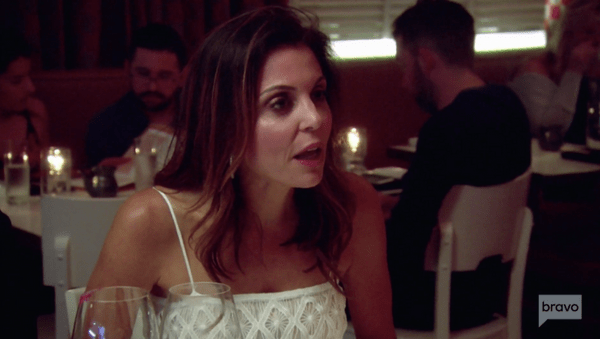 Things got super emotional on this week’s episode of the Real Housewives of New York. Of course, there was also a fair share of drama, gossiping, and overall hilarity that we’ve come to expect from RHONY. There was so much that happened so, let’s just head right into everything that went down with our favorite Housewives this week.

Tinsley Mortimer and Carole Radziwill are meeting for breakfast. Carole is literally wearing pajamas, which is a power move that I actually respect. Tinsley tells Carole about her amazing getaway with Scott. But, things aren’t going as well for Carole in the love department. She says that her on and off boyfriend Adam went out on a date with a girl and he likes her. I don’t understand what the issue is. Just last episode, the pair’s relationship status was unclear. Now, Carole explains that there were boundaries on their relationship. So, which is it, girl?

Sonja Morgan meets with a real estate broker since she wants to rent out her townhouse. The broker only has kind things to say about the pad, which really is lovely. She surmises that the place could go for $32,000 a month and I just about dropped my $1 cup of ramen. Although, the broker did say that Sonja has to fix up the house a bit before renting it out. And Sonja just says that the whole process is overwhelming.

Bethenny Frankel and Dorinda Medley arrive in Miami before they head off to Puerto Rico. Bethenny gives Dorinda a tour of her B Strong warehouse, where there are tons and tons of supplies. She explains that she was on the first plane to visit Puerto Rico following Hurricane Maria, before President Trump or FEMA. I can’t express enough just how amazing Bethenny and her B Strong team are in trying to make a difference here. It’s very impressive.

Then, Carole, Tinsley, and Ramona Singer are getting their nails done together. Ramona brings Tinsley up-to-speed on her Bendel’s fight with Sonja. Ramona says that she feels bad for her former BFF since she’s alienating herself from the group. The subject then shifts to Bethenny Frankel‘s Puerto Rico trip with Dorinda Medley. When Ramona tells the girls about it, Carole says that she had no idea that it was even a thing. Ramona was loving this dramatic update on the Bethenny/Carole rift, btw. Carole expresses that she would have gone if asked. She says that it’s all good, but her jilted face said otherwise. 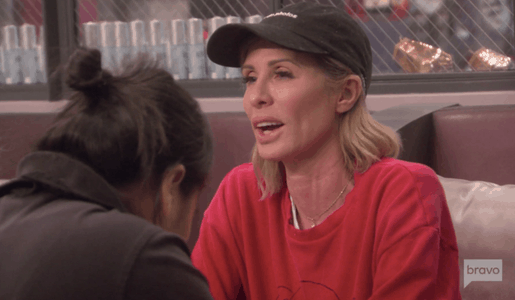 Bethenny and Dorinda arrive in Miami before they head off to Puerto Rico. Bethenny gives Dorinda a tour of her B Strong warehouse, where there are tons and tons of supplies. She explains that she was on the first plane to visit Puerto Rico following Hurricane Maria, before President Trump or FEMA. I can’t express enough just how amazing Bethenny and her B Strong team are in trying to make a difference here. It’s very impressive.

Back in NYC, Luann de Lesseps grabs a bite to eat with her daughter, Victoria. They discuss Luann‘s apartment search and her former living situation with ex-husband Tom D’Agostino. The Housewife simply never felt at home in her ex’s bachelor pad. In her “in the moment” interview, Luann says that Tom never felt like a true partner exactly. So, it’s understandable to see where things went wrong. The chat ends with Luann declaring that she wants to get a boyfriend soon.

Back in Miami, all hell breaks loose courtesy of a little storm named Dorinda. The Housewives meet up with the rest of Bethenny‘s B Strong team. But, Dorinda was already way drunk when she gets to the dinner, and it shows. She’s clearly slurring her words, so much so that there needed to be subtitles on the screen. One of Bethenny‘s co-workers on the project, Michael, brings up his relief work in Haiti. Dorinda interrupts with pure nonsense. I honestly don’t know what she was trying to say. The gist of her comments were that there hasn’t been any noticeable progress in Haiti. Although, Michael explained that that was not true.

Basically, Dorinda was being rude as hell because she was hammered. Bethenny told her she was being rude, which Dorinda got pissy about. Bethenny then said that, at that moment, she didn’t want Dorinda to accompany them to Puerto Rico. So, Dorinda left in a huff, muttering gibberish all the way. Bethenny had to explain that Dorinda‘s typically nice and it’s just unfortunate that her drinking got the best of her. It was all so embarrassing. 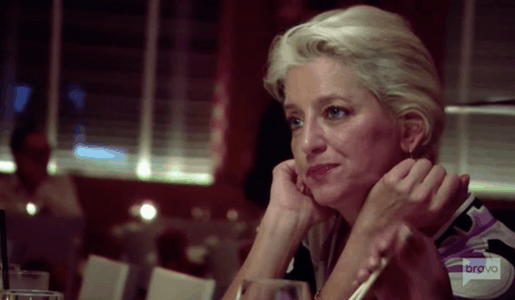 In NYC, Sonja‘s broker and a photographer come over to the townhouse to take some snaps of the place. The photographer, who is super handsome, immediately catches the Housewife’s eye. Like, she (unsurprisingly) starts overtly flirting with him from the get-go. He eventually tells her that he’s married though, which ruined her mojo. Later, he tells her that he’s gay, which delights her. Sonja says now they can go hang out and joked that she can make out with his husband. Yep, she said that.

Here’s where things get emotional. Dorinda heads to Puerto Rico with Bethenny, after all. Bethenny had already forgiven her friend. On the way to the airport, the two don’t even speak of the dinner drama. Once they’re on the jet, Bethenny cautiously brings up the matter. She tells Dorinda that she’s worried about her because it seems like she’s a drunk. Dorinda denies this and says that she just had a bad night. She also apologizes profusely.

But, Bethenny says that Dorinda‘s behavior isn’t acceptable. She also questions the fact that Dorinda‘s brought up her late husband Richard more and more recently. Dorinda says that it might be triggered by Bethenny‘s boyfriend Dennis since the two look similar. The Housewife then breaks down and reveals that her life isn’t where she thought it would be. She also says that she’s not necessarily fulfilled by her relationship with her boyfriend, John. Dorinda says that she’s afraid of ending up alone. The two Housewives ended their emotional talk with a hug and with Dorinda saying that she wants to go to therapy to sort out her issues.

What did you think about Dorinda’s emotional revelation? Let us know in the comments below.

Be the first to leave Comments for RHONY Recap: Grief and Relief