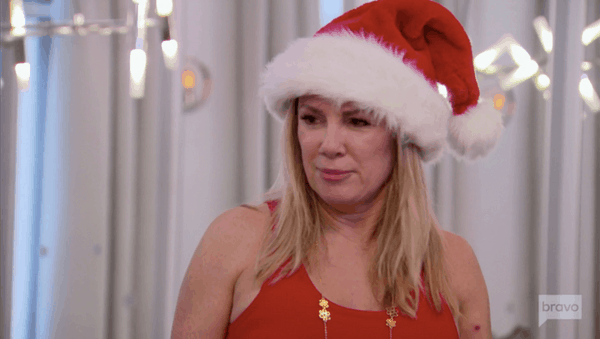 The Real Housewives of New York is the gift that keeps on giving. We got loads of drama on the latest episode of RHONY. So, there’s really no time to waste. Let’s head right into this week’s recap right…. now!

The episode picked up right where last week’s left off. Bethenny Frankel and Carole Radziwill are still fighting. Apparently, Bethenny called Carole at some point to tell her that her on and off boyfriend Adam was an “operator.” Obviously, that didn’t sit well with Carole. During the fight, Carole also reveals that during their call, Bethenny called Luann de Lesseps a “loser.” To that, Luann gave my favorite response in history with, “If I’m a loser, the rest of the world sucks.”

Luann got over the comment eventually, though. However, Bethenny and Carole didn’t end their argument on the best terms. To try and cut the tension, Dorinda Medley came in with a birthday cake… for herself. And to lighten things up, she put her own face in the cake. Tbh, it really did liven things up in the “Beserkshires.” As Bethenny and Carole tried to smooth things over, yet again, all of the other Housewives had a blast in Dorinda‘s pad. Based on Bethenny and Carole‘s convo, things were a bit better. But, they’re still not great. 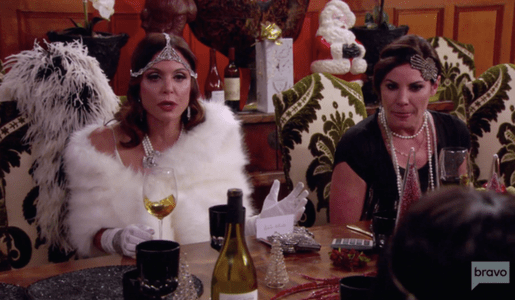 Back in NYC, Bethenny‘s hosting her annual Christmas party. At the party, Sonja Morgan asks Tinsley Mortimer if she can stay with her while Sonja‘s townhouse gets renovated. Surprisingly, Tinsley says yes. While they did makeup, who knew they were that great of a place? The ladies soon start up their own Yankee swap, where the best gift is a wallet. I don’t know why, but I was expecting some amazing gifts from this crew.

Turns out, one Housewife did have an amazing gift to offer. Bethenny previously mentioned that her daughter wanted a rare nutcracker for Christmas. But, she couldn’t find it anywhere. Who did find it? Dorinda! She surprised Bethenny, who then went wild over the gift. However, the Housewives were peeved that Bethenny didn’t utter an exact “thank you” to Dorinda. She did say that Dorinda “saved Christmas” though, which is pretty much a thank you.

As the Housewives discuss their gifts, Ramona Singer says that she’s thinking of making a skincare line. Bethenny kinda shuts it down by saying that Ramona‘s doing it to be in an infomercial. It wasn’t the best thing to say. But, it just goes along with the vilifying of Bethenny this episode. Seriously, who expected Bethenny to become this season’s “villain”?

Also at the party, Luann mentions that she’s spending the holidays in Palm Beach. Sonja wonders if this is the best idea since Luann‘s ex-husband Tom D’Agostino will be there. (As it turns out, Sonja was super right about it being a bad idea, as this is where Luann ends up arrested.) Bethenny mentions Tom‘s new girlfriend and everyone immediately tries to shut her down. Luann didn’t know about the girlfriend. So, the subject’s dropped. 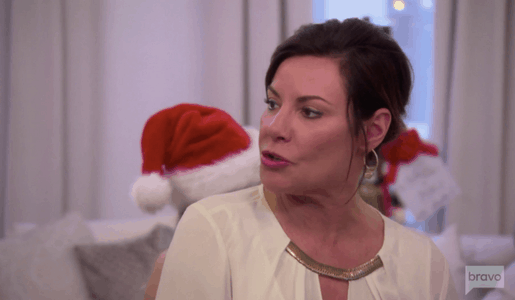 As Carole leaves the party, Bethenny asks the other Housewives if Carole seemed off. They all say that she’s just tired. Obviously, though, it’s because there’s still some awkward tension between Bethenny and Carole. This innocent-seeming concern comes back to bite Bethenny in the butt later…

Luann‘s hosting a blood drive for the holidays. Although, none of the Housewives can donate blood because they were recently in Mexico. All of the ladies (minus Bethenny, who couldn’t be there but donated money to the cause), talk about the Dorinda/nutcracker situation. Dorinda says that she did want a thank you, but didn’t want to have to ask for that.

At the event, both Sonja and Ramona tell Carole about Bethenny asking if she was sad at the Christmas party. Carole isn’t into Bethenny trying to make her into some sad, heartbroken woman following her breakup with Adam. Carole also says that she wasn’t okay with Bethenny‘s “infomercial” comment about Ramona‘s skincare line, which Ramona agrees with.

After the event, Bethenny calls Ramona to confront her about her comments. She tells Ramona that she doesn’t have a lot of friends and she’s mad that Ramona would try to cause drama between her and Carole. Ramona really stands her own here. She tells Bethenny that she doesn’t want to be brought into the Bethenny/Carole feud. When Bethenny tries to say that Ramona isn’t supportive of women, Ramona throws the jab right back at Bethenny. She also says that the “infomercial” line wasn’t cool and the lack of a “thank you” to Dorinda wasn’t cool, either. She then hangs up on her. It’s all amazing. What’s more amazing is that Ramona was actually making sense during this argument. 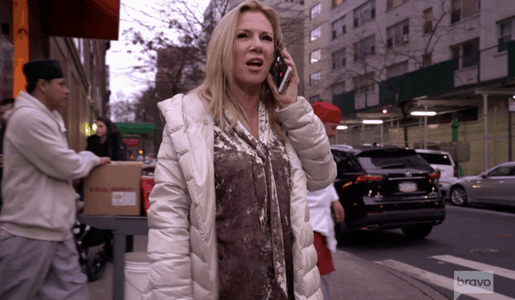 The episode ends with Luann getting situated in her new apartment. Basically, it seems like she’s in a really good place as she plans to head to Palm Beach. Cut to literally two days later and Luann‘s getting arrested in Palm Beach. The dash cam footage of the situation is wild, to say the least. It’s going to be a major can’t-miss episode next week.

Can Carole and Bethenny get back to the way things were? And what about the crazy Luann arrest footage? Let us know your thoughts on the latest episode of RHONY!

Be the first to leave Comments for RHONY Recap: Holidazed and Confused