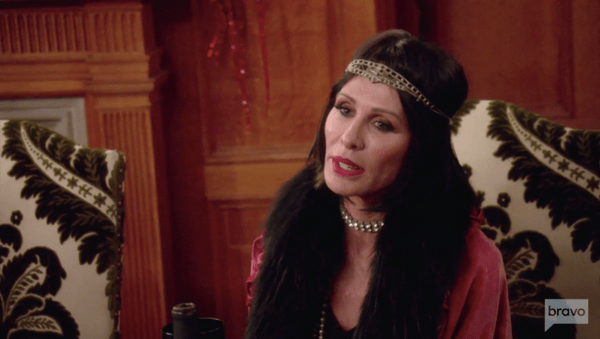 It’s Berkshires week on the Real Housewives of New York a.k.a. the show’s yearly disaster outing. This year didn’t disappoint on the Christmastime “Beserkshires” front. Thanks to a murder mystery dinner party and a fight between Bethenny Frankel and Carole Radziwill, this episode was a wild one. Here’s what went down on this week’s episode of RHONY.

Before Sonja Morgan heads to the Berkshires, she receives a facial from her trusty facialist, Satoko. Satoko notices Sonja’s dog Marley, who has dyed fur. She calls him Rouge but Sonja corrects her. Satoko then asks where Rouge is. (Sidenote: She comes every week to perform the facial and didn’t know Rouge wasn’t there?) Sonja reveals that she gave Rouge away, as well as her other pet. She wants the simple life, you see.

In the Berkshires, Carole and Ramona Singer have already arrived at Dorinda Medley‘s place. They then all go out to dinner. Ramona says that she hung out with Sonja and Luann de Lesseps at the townhouse. She tells the ladies that Sonja was totally normal during the hangout. Carole also brings up the Bethenny issue. She doesn’t understand why there’s a tension there.

Dorinda then tells her that Bethenny was peeved about Adam not wanting to work for her B Strong charity for free. Carole doesn’t understand why Bethenny would hold that against her and, honestly, I’m confused about that, too. Ramona and Dorinda cap off the conversation by saying that they’re happy to see Carole sticking up for herself more, especially as it concerns the Bethenny drama. 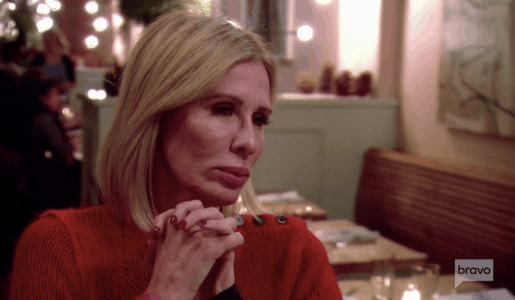 The next day, Carole and Ramona reveal the gifts they got for Dorinda, who’s also celebrating a birthday. Carole got her a makeup turban, which she was thrilled about. The ladies then gave her another gift: A Donald Trump chia pet, which she also loved.

Just then, Bethenny arrives. It’s immediately awkward between her and Carole. But, Bethenny is too preoccupied with her “Chilling With My Snowmies” sweater to care. She literally asks every Housewife if they get the “joke” when they arrived (including Sonja, Luann, and Tinsley Mortimer, who weirdly arrived together). The whole pun wasn’t nearly as hysterical or clever as she thought it was.

Before the crew’s murder mystery dinner, Dorinda laid out the rules. She said that no one can take things that aren’t there’s (ahem, Sonja). She also said that the ladies must do things for themselves and not seek out the help of Dorinda‘s helper, Len. And she told them to be careful about causing damage, as it isn’t the Playboy Mansion (ahem, Ramona). They then went off to get dressed for the party.

Three men (i.e. the actors) arrive for the party, including one named Rhett the Butler (I see what y’all did there). The ladies all look awesome in their costumes. Although, you can tell that Bethenny isn’t into it nearly as much as the other Housewives. 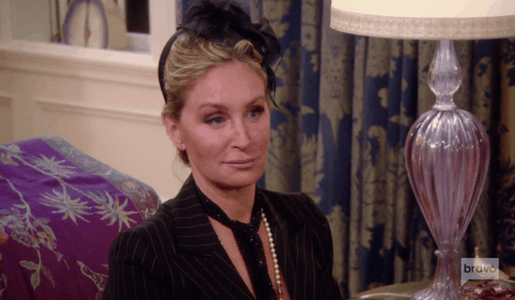 Ramona immediately gets into the spirit of things as she stirs up some drama. One of the actors, Aiden, told Ramona that he hates his boss, Freddy, who was another actor. Ramona brought it up in front of everyone. As Bethenny noted, Ramona‘s loose lips actually helped shed light on this interesting case. No one could stay mad at Aiden for long, especially because he dropped to the floor and, dun dun dun, died.

The ladies all lost it as they tried to help the “dying” man, including Luann who did mouth-to-mouth. Rhett the Butler then moved things into the dining room so that they could figure out the mystery. Soon enough, Freddy got choked up and died, after being “poisoned.” Yet, the mystery didn’t last long. Almost as soon as Freddy died, Dorinda piped up and solved the case. She figured out that she was the culprit, which turned out to be true and won herself a bottle of Dom Perignon. She said that she solved it simply because she was ready for it all to be over.

However, the drama wasn’t close to being over. After bringing up Ramona‘s puppet miscommunication of last week, Dorinda asks Bethenny and Carole if there’s tension in their friendship. I love Dorinda‘s pot-stirring, guys. They both say that the vibe is indeed off between them. Then, Carole brings up the Adam issue and that’s where things go off the rails. 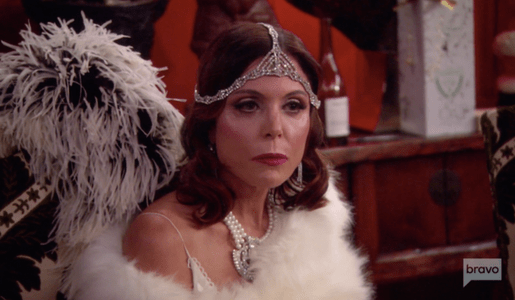 Bethenny says that the Adam thing isn’t the source of the problem. Carole then randomly brings up a Page Six story about the pair’s feud that she had to kill recently. She’s starting to believe that it was true. In the midst of this, Carole says that she heard that Dorinda was the source of the story, which Dorinda adamantly denies.

Then, it gets even more confusing with these two, seriously. They first fight even more about the whole Adam thing, but it seems like there’s a bigger issue here. Carole says that Bethenny has been aggressive with her, which is kind of true (just based on this dinner alone). She also calls Bethenny “honey”, which Bethenny does not like, at all. Carole is not backing down here. She tells Bethenny that she talks too much and to let her get a word in. Bethenny says that Carole‘s shireking. And… the fight is to be continued on next week’s episode. Boo.

Who’s side are you on Bethenny’s or Carole’s? Tell us your thoughts about the drama below!

Be the first to leave Comments for RHONY Recap: A Frittered Friendship