Home > Buzz RHONY Star Is Rumored To Have Split From Boyfriend

RHONY Star Is Rumored To Have Split From Boyfriend

Did Dorinda Medley say 'Thank You, Next' to John Mahdessian? 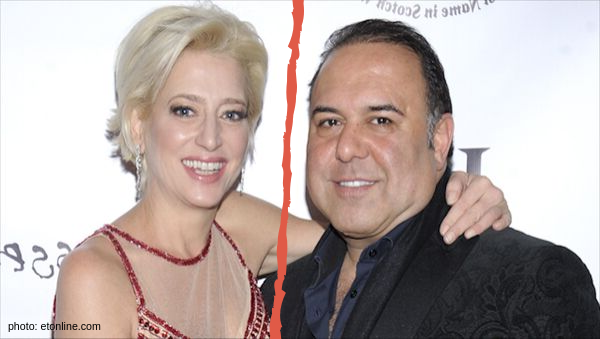 “What are you doing here without Dorinda?”

Real Housewives of New York star, Dorinda Medley, is rumored to have split from her long-term boyfriend, John Mahdessian. The Queen of the Berkshires hasn’t posted a photo of John on her Instagram page for two weeks.

Did you know I was in real estate and living in Scotland ? I sat down in the studio with @christenebarberich from @Refinery29 and spilled all my tea 🍵 😂. #unstyledpodcast

As you can see from the ‘gram, Dorinda has been posing all over town without her man, sparking buzz that she split with the dry-cleaning connoisseur. “They’re starting to live separate lives,” a source told Page Six. “He’ll attend the opening of an envelope, and she goes out for work, but she’s really low-key. He’s all about being the guy on the town since she’s been on the show.”

According to another Page Six source, “It’s complicated. They’ve been together seven years and just hit a rough patch. They’re working through some things.”

Do you think Dorinda and John are a good fit? Sound off in the comments!