“I played it for the girls when we were in Mexico and they loved it." 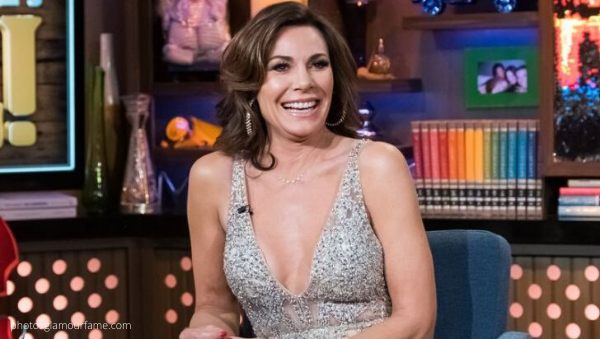 Real Housewives of New York star, Luann De Lesseps, announces new single ‘Viva La Diva.’ Luann boasted, “I played it for the girls when we were in Mexico and they loved it.”

Luann They Know My Music GIF from Luann GIFs

While backstage at New Jersey’s Borgata, Lu boasted, “It’s an amazing song. It’s totally different from anything I’ve done before, but still very much me. I can’t wait for people to hear it.”

Lu is collaborating with musician Desmond Child, who has worked with the artists Kelly Clarkson, Cher, Kiss, Alice Cooper, Weezer, Robbie Williams, Hanson and Bonnie Tyler. Notably, Desmond wrote the songs The Cup of Life and Livin’ la Vida Loca for Ricky Martin, Dude (Looks Like a Lady) and Crazy for Aerosmith, and You Give Love a Bad Name by Bon Jovi.

“I was introduced to Desmond when we were both at SiriusXM one day and we completely hit it off,” Lu explained. “We started talking and realized we had mutual friends. And I told him it’d be great to start working on a song together, and he said, ‘Love it! When?’ So we didn’t waste time putting it together.”

Do you think Luann realizes she’s ‘no Adele,’ Spill your tea in the comments!