Melissa Gorga is in the middle of the drama in the upcoming 10th season of RHONJ. 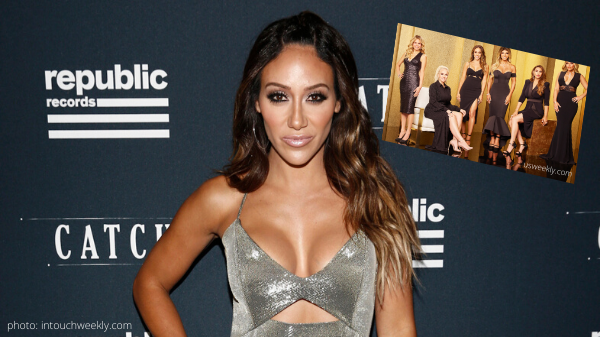 Real Housewives of New Jersey star, Melissa Gorga, feels stuck in the middle of the drama in the upcoming 10th season of RHONJ. Fans of the hit Bravo show better buckle their seat belt- it looks like it’s going to be a bumpy ride, especially for Melissa.

According to an interview with Page Six, “You’re actually going to see a lot of change in dynamics as far as the friends go, it’s a really crazy season — loyalty and a lot of sides get chosen,” Mrs. Joe Gorga continued, “There’s a lot of friend drama, and the saga continues.”

Melissa married into Teresa Giudice‘s family, so that lends to a bunch of messy drama off the bat. “I honestly do feel stuck in the middle a lot because I don’t always agree with all of Teresa’s decisions, but she is my sister-in-law so I want to back her up, but still let her know when I don’t agree with her,” Melissa spilled to Page Six.

How bad do you miss Us Jersey girls?!!!! Tune in at 1pm to GMA @strahansarakeke The big Season 10 premiere is tonight 8pm! 🙌🏼🙌🏼 #RHONJ Blazer [email protected]

The Jersey girl explained that she and her hubby have considered adding a fourth child to their brood. “Turning 40 and all that just made us start to think it’s now or never.” She elaborated, “We’ve been thinking about it for a really long time, actually. I always said I wanted three, but then as everyone got independent I kinda started to decide that I wanted another one, but we weren’t sure because it would be a process.”

Will you tune into the latest drama Jersey has to serve? Leave ‘Here For It’ or ‘Over It’ in the comments!

Be the first to leave Comments for RHONJ Star Feels Stuck