His reality star wife, Teresa Giudice, and their girls made a trip to ICE custody for his birthday. 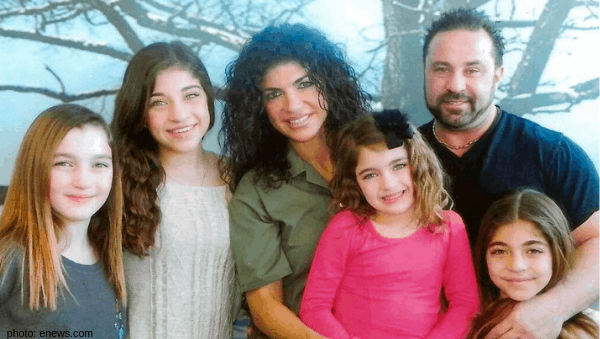 Real Housewives of New Jersey husband, Joe Giudice, got a special birthday visit. His wife, Teresa Giudice, and their girls made a trip to ICE custody for his 47th birthday!

A source close to the Giudices told E! News spilled Gia, 18, Gabriella, 14, Milania, 13, and Audriana, 9 got to see their dad for the first time since he’s been in ICE custody. “It is a difficult place to visit, from the overall cleanliness to the actual application for a visit to happen. Plus, it is just so far away,” the source told E! News.

Juicy Joe has been on a good-luck-streak as of late! On Wednesday, the father of four was “granted a stay of removal by the Court of Appeals for the Third Circuit that, according to a source close to Joe’s deportation case, means he is allowed to stay while the court decides if he is going to be deported or allowed to ultimately remain in the United States,” per a report from E! News. The source close to the family said “this wasn’t necessarily expected.”

Do you think Joe may stay in America after all? Sound off in the comments!