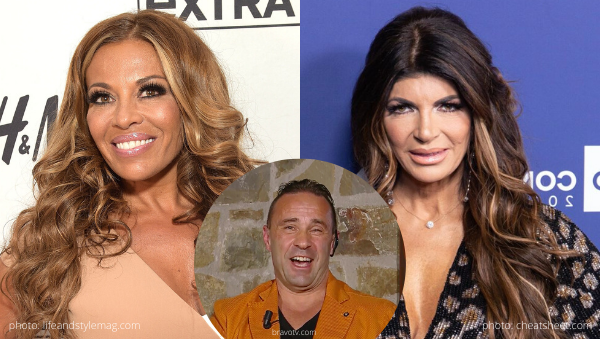 There is an unspoken rule between Real Housewives of New Jersey stars Dolores Catania and Teresa Giudice regarding Joe Giudice‘s deportation. Dolores doesn’t even ask Teresa how she is doing.

According to reports from Page Six, “There is an unwritten law between me and Teresa: We don’t ask each other’s feelings unless we say our feelings. It is just where we come from. We would get offended by that … it’s an old school Italian thing. If I’m upset, I will tell you.”

Dolores added, “I feel very sorry for the family. He has four girls, they love him. They all have milestones in life that they will never see. His oldest just graduated high school … the little one does not remember him being home, she is just a baby.”

While at Mr. Purple and Veuve Clicquot’s holiday pop-up spot, Clicquot Chalet, Dolores continued to spill the tea to Page Six. As for her own role on Bravo’s hit show, Dolores proudly proclaimed, “No one has ever thrown a drink in my face — but I don’t think that would be a good idea for anyone to do … I don’t know what my reaction would be. I have a blind anger.”

Nothing says happy holidays like blind anger. Thanks, Dolores!

Do you think it’s odd that the ladies don’t talk about their feelings? Sound off in the comments!