The split comes only two weeks after Danielle's most recent divorce. 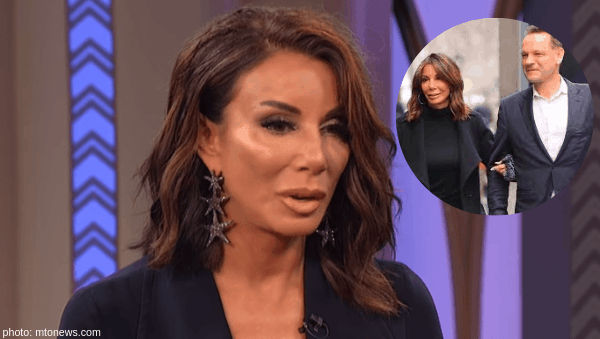 Even Stevie Wonder saw this one coming. The Real Housewives of New Jersey‘s Danielle Staub called off her engagement. The couple had postponed their wedding, which was scheduled for today, before it was ultimately cancelled, according to multiple Us Weekly sources.

Radar Online released a video of the RHONJ star’s fiance getting “blackout drunk” in St. Barth over the weekend. The wedding was cancelled days later. Apparantly, Danielle was trashed while her fiance almost drowned. Click here to see the video and get the full Radar Online article.

The love birds allegedly went shopping for an engagement ring over the weekend, but Oliver ultimately did not purchase a ring for Danielle, according to US Weekly. That didn’t stop Danielle from photographing it for People Magazine, though.

The ‘Real Close’ singer’s split from Oliver comes less than two weeks after she officially divorced her ex, Marty Caffrey. Danielle’s other ex husbands are Kevin Maher and Thomas Staub. Thomas is her daughters’ baby daddy. Don’t forget, Christine and Jillian’s mom has been engaged 21 times!

I don’t know about y’all, but I’d love to see all of this play out on RHONJ! US Weekly stated Danielle is expected to return as a ‘friend of’ for season 10. Sadly for me though, it doesn’t begin filming until later in the month. We may just have to watch Danielle pick up the pieces of her failed marriage and failed engagement instead.

Do you think Danielle will ever find Mr. Right? Let me know in the comments!

Be the first to leave Comments for RHONJ: Danielle Staub Calls Off Wedding