On part one of the RHOD reunion, Stephanie and Kam go head to head. 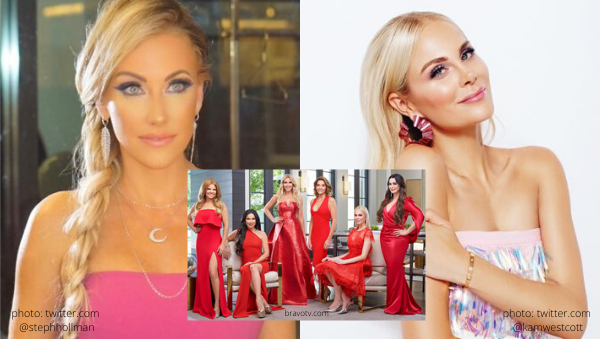 Real Housewives of Dallas spoiler alert! Stephanie Hollman calls Kameron Westcott a ‘mean girl’ and an ‘elitist’ on part one of the RHOD reunion!

According to reports from CelebrityInsider.org, Kam turns on the water works after being confronted by her co-star about using the term ‘trash’ regarding some of the RHOD cast.

Stephanie did an interview with US Weekly earlier this month and she explained her friendship status with Kam. “We don’t speak at all. I would like to have a healthy friendship with her, but if it’s not going to be healthy, I don’t want a friendship. I feel like the way that she treats me is honestly, like, a bully. She talks down to me. She doesn’t let me finish sentences. She doesn’t respect me. She goes on social media and tries to call me a liar. Honestly, I feel like those are actions of somebody who is trying to manipulate control. And to me, that’s stuff that a bully does. I just don’t agree with it. And I don’t do those things to her.”

In case you forgot, Kameron is not having the other ladies calling her out for the language she uses. Click here to watch Kam walk away from Stephanie mid-conversation.

Whose side are you on? Leave Team Stephanie or Team Kameron in the comments!

Be the first to leave Comments for RHOD Spoiler Alert: Stephanie Hollman Calls Kameron Westcott A ‘Mean Girl’ And An ‘Elitist.’