Will the OG of the OC accept a role as a 'friend of'? 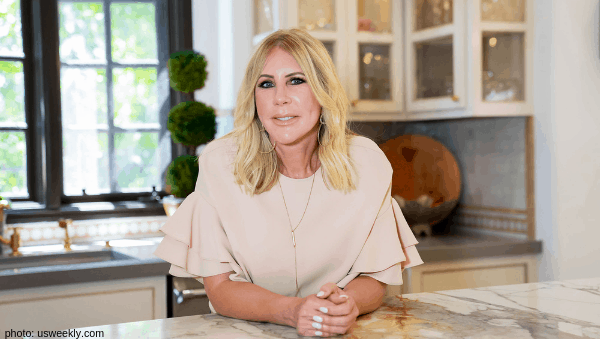 There was speculation from Flipping Out‘s Jeff Lewis and RHOC star Kelly Dodd recently in regard to Vicki Gunvalson‘s role on the upcoming season of the Real Housewives of Orange County. Well, I’ve got an update for you…

Reports from an insider close to production told Radar Online, “She’s been demoted, but she hasn’t agreed to take the offer. [She] did not take the news well. Typically, the ladies are given a really short time, like five days, to either accept the offer from Bravo, or leave the show. There aren’t a lot of negations.” I could hear the sound of the OG of the OC’s heart break from here!

To pour salt in the wound, a new housewife joined the cast! Maybe that’s why Vicki was presented with a low-ball offer from Bravo; the network has a new mouth to feed! Multiple sources confirmed to US Weekly that she has yet to begin shooting scenes for the new season.

“The cocaine allegations played a part, but there was no organic story with the remaining cast. No one wanted to shoot with her,” the Radar Online insider said in regards to the insurance agent’s demotion. The current, confirmed cast of RHOC began shooting the 14th season of the founding franchise last Friday without Vicki. She has been traveling with boyfriend, Steve Lodge, (not to be confused with George Clooney) in The Bahamas.

What are your feelings about Vicki’s demotion? Sound off in the comment section below!

Be the first to leave Comments for RHOC: Vicki Gunvalson is Devastated By Demotion!