The housewife was pulled over for a DUI just days ago! 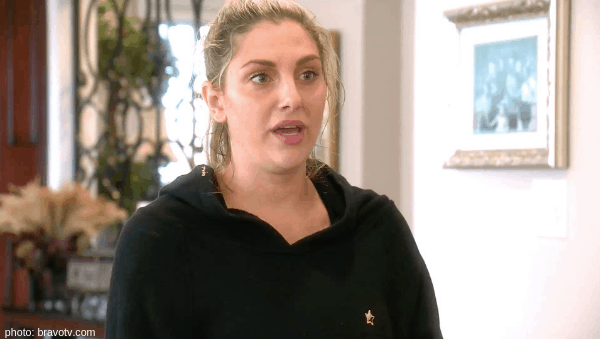 To say the Real Housewives of Orange County‘s Gina Kirschenheiter is having a bad start to 2019 would be an understatement. The housewife, who begins filming her second season soon, was pulled over for “driving while operating a handheld wireless telephone or electronic wireless communications device,” according to the O.C. Superior Court. Reports from The Blast say Gina was issued a ticket and was fined $160.

In case you missed it, Gina was arrested in January for drinking and driving. Emily Simpson‘s ride-or-die was heading home after a ‘mom’s night out’ and was arrested after driving through a stop sign.

I honestly believe that some issues no matter how great and important are truly only a part of our awareness once we are personally effected by them. For me….what happened this week is that issue. It’s amazing how in the course of less than a week you can realize the full extent of allowing people into your every day life and how the opinions of everyone watching can run from incredibly chastising to extremely supportive. Bad choices have bad consequences. Mine are magnified bc I chose to share my life with you on a very public stage. Those who are a part of my real life gave me words of encouragement and love knowing the content of my character and the love in my heart. As embarrassed and hard on myself as I’ve been in these past few days, I’ve been shocked by the astonishing amount of “it could have happened to anyone” and “we’ve all been there” that I’ve received through friends both close to me and on social media. I could easily join in with the chorus saying “you’re right, it could be any of us” but it shouldn’t be any of us. EVER ! It’s terrible that this has become a social norm. I am disappointed in myself and that I am a part of this social norm. Especially since everyone who knows me knows I’m the queen of Uber/Lyft. This didn’t happen to me. I wasn’t “unlucky” I made a conscious decision to do something epically stupid. One time is one time too many. I am awake now. I can promise this will NEVER BE ME again. To all of you who wrote me with pain in their hearts about how drinking and driving has had a negative impact on them and their families, I hear you. Thank you. I make this promise to each one of you with your messages in my heart…. I am committed to this cause and hope to effect a positive change and dialogue. You don’t have to believe me with these words, but I hope over time you will see through my actions.

Hopefully Gina’s friends and family continue to support her through this tough time.

Sometimes you just need a hug. Love you my friend @rhoc_emilysimpson ❤️ #RHOC

Are you glad that the New York gal is coming back for another season in Orange County? Let me know in the comment section!

Be the first to leave Comments for RHOC: Gina Kirschenheiter Pulled Over Days After Arrest