The Orange County gals can't seem to keep the drama on screen! 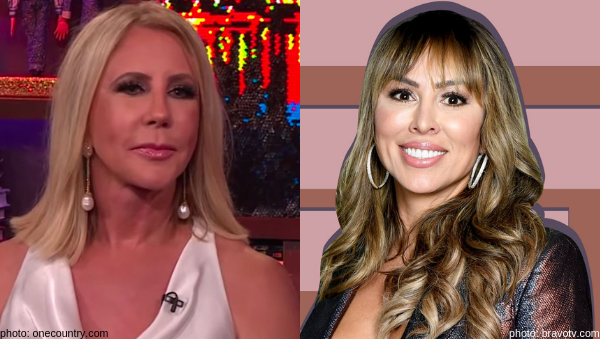 The drama on Real Housewives of Orange County is spilling over from Bravo into social media. The OG of the OC, Vicki Gunvalson, may not be a full time cast member, but that’s not keeping her from clapping back at RHOC star, Kelly Dodd.

In case you missed it, Kelly called Vicki a “senior citizen” to PEOPLE Now including that she and their costar, Tamra Judge, were both “stale” and didn’t have story lines on Bravo’s hit reality show.

Kelly confessed, “Vicki used to be fun. We used to go get our hair done and get our nails done together. Those are the kind of things that we had. But she’s a grandma, I’m not a grandma.” Kelly continued, “I have a young daughter. Her kids are all grown. She’s more like a senior citizen to me than a young vibrant woman. … When I look at Vicki, I look at her as, like, AARP.”

“I used to feel sorry for her, now I don’t,” wrote Vicki in an Instagram comment captured by a fan account. Vicki continued, “She is an angry, volatile person.”

Vicki continued to slam her costar, “Our lives are evolving and changing. We don’t have ‘storylines.’ It’s a ‘reality show’… our reality!! Not fake stories like you.” The grandmother didn’t stop there! “I am a successful business owner, employ and inspire people all over the world to be financially independent of a man. You? Your only job is to find older rich men who want an arm ornament. You rent a 900 sq. ft. apartment and pretend to be all smart!”

Whose side are you on? Leave Team Vicki or Team Kelly in the comments!