A client is suing her regarding an insurance policy! 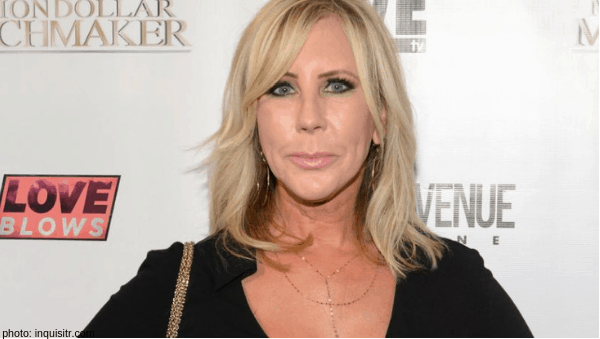 Real Housewives of Orange County star, Vicki Gunvalson, is being sued by an octogenarian. A new low, even for Vicki!

Joan Lile is an 82 year old who claims the OG of the O.C. lied to her for years in regards to an insurance policy through Vicki’s agency. The lawsuit is for “fraud, breach of fiduciary duty, negligence, intentional infliction of emotions distress and breach of contract,” according to CelebrityInsider.org.

In court docs obtained by The Blast, Joan said she and her husband bought a long-term care insurance policy from Steve Lodge’s main squeeze. “The couple wanted a policy that covered future medical premiums for a surviving spouse when one spouse passed away,” as reported by Celebrity Insider.

The Celebrity Insider reported that Vicki preyed on Joan and her husband’s confidence and trust, and sold them a policy that the housewife promised included a “Lifetime Waiver of All Premiums for a Surviving Spouse.”

It’s alleged that Vicki was fraudulent and misrepresented the policy for 20 years! Joan says that she and her husband paid increasing premiums, but never got the specific benefit that they bought in the first place.

Sadly, Joan’s husband died in 2017. When she tried to use her insurance benefits, she was denied. Even worse? They continued to charge her policy premiums.

We know Vicki wasn’t going to take this lying down. She took to Twitter to say, “I am not an insurance carrier, I can’t deny a policy. Learn before you make an a$$ out of yourself.”

Do you think Vicki would conduct shady business? Sound off in the comments!

Be the first to leave Comments for RHOC: Vicki Gunvalson’s Legal Woes