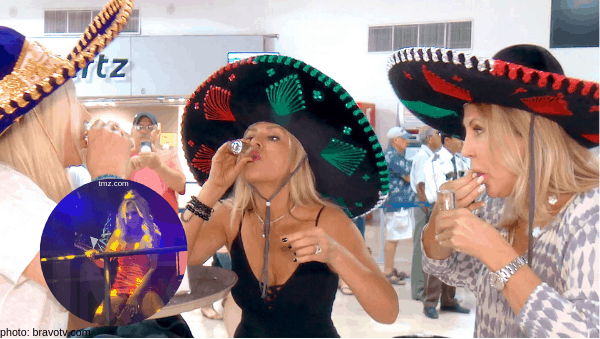 Real Housewives of Orange County stars Tamra Judge, Shannon Beador, and Vicki Gunvalson were caught whooping it up on a trip to Miami. The tres amigas were celebrating the engagement of The OG of The OC to Steve Lodge and Shannon’s divorce from David Beador.

Shout out to Shannon for giving a helping hand (I couldn’t resist) to her gal pal after showing her goodies to the crowd. Tamra realized her bumpin’ and grindin’ was not keeping her vajayjay in her dress, yet continued to dance like no one is watching anyway.

Vicki, as usual, was oblivious to what was happening as she appeared in her own world.

Do you think Tamra will be embarrassed by this once she sobers up? Sound off in the comments!