The Housewives refuse to film together! 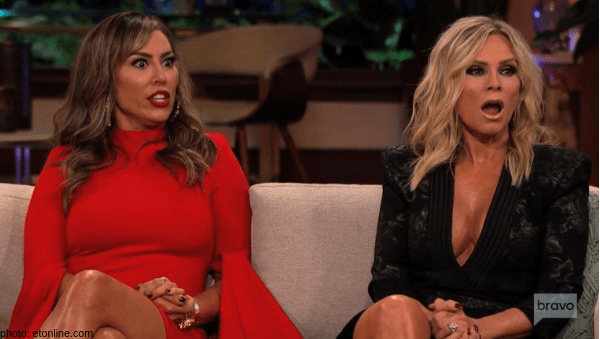 The drama is heating up between Tamra Judge and Kelly Dodd after their most recent feud. The Real Housewives of Orange County stars refuse to film together, according to Radar Online!

In case you missed it, Tamra can be heard making a bold statement about her costar in a video posted last week. “She pushed her mother down the stairs,” Tamra says in the video footage. She added, “Kelly Dodd is the common problem,” in her conversation with Shannon Beador.

Click here to read the whole story from The Hollywood Gossip. You’ll also see the video of Tamra making the startling statement!

Naturally, Kelly had to fight back. “Tamra is a known liar,” she told People Magazine. “My mom would be happy to go on record [and say] I never pushed her down the stairs.”

Do you think Kelly pushed her mom down the stairs or is Tamra making the whole thing up? Spill your tea in the comments!

Be the first to leave Comments for RHOC: Tamra Judge VS Kelly Dodd