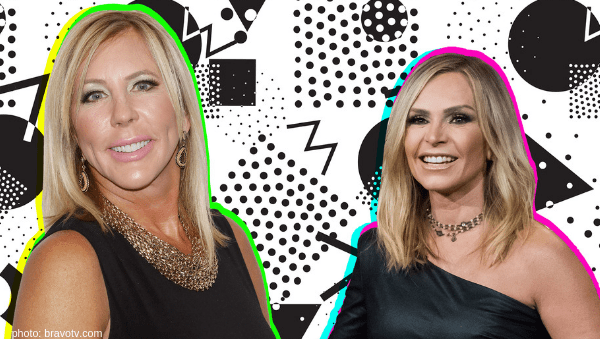 There are only 2/3 of tres amigas coming back to the Real Housewives of Orange County for season 14 as full time cast members. In case you missed it, Vicki Gunvalson was not featured in the official cast promotional photo for the hit Bravo show! 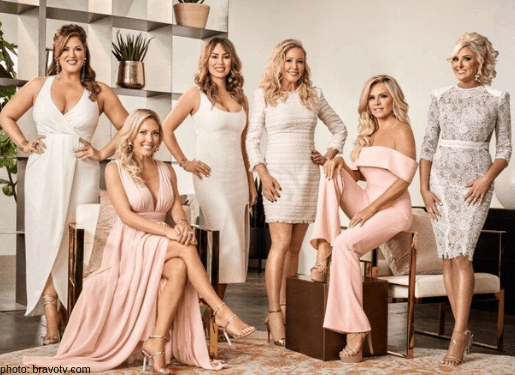 Fans are divided by the news. Many are upset by the lack of respect for the self-proclaimed “OG of the OC,” while others celebrate getting less screen time of the grandma! One person who wasn’t shy is showing her displeasure in Bravo’s decision to downgrade Vicki is her on-again/off-again BFF, Tamra Judge.

Omg @vickigunvalson two dunk housewives. 🤦🏼‍♀️ where do I start … the hats , the tan , the can of beer & the 12 years of crazy shenanigans. I love you, I hate you! 🤷‍♀️ I’ve gone through so much with you my friend . I said it 12 years ago and I’ll say it again #BFF (or until you piss me off again … jk) it makes me sad that you’re sad right now . I love you so much ❤️ pinky swear #ogoftheoc #changeishard

Now, let’s take a looksie at Vicki’s Instagram page. She shared this video of the tres amigas the day before news of her demotion began circulating…

Vicki posted this immediately after Bravo released the cast picture stating, “I am back again this season right in the middle of the action in a different role.”

For the past 14 years I’ve opened up my life, my loves, my ups and downs on The Real Housewives of Orange County and I am proud to be the “OG of the OC”. I am back again this season right in the middle of the action in a different role. I hope you have as much fun watching the show as I did living it in front of the cameras. Stay tuned to Bravo August 6th for more of the Tres Amigas.

If you haven’t been following Vicki’s responses to comments on her IG post, you’re missing out! Here are some of my favorite responses from the OG….

This one is very special. A fan is trying to comfort Vicki, but she’s not playing along… 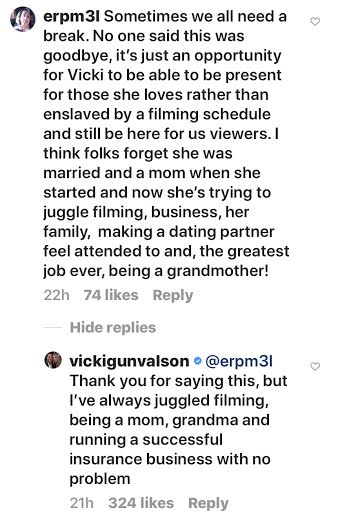 Are you glad to get less Vicki for season 14? Drop your opinions off in the comment section!

one Comment for RHOC Star Pays Tribute To Vicki Gunvalson