Tamra really tried it this time. 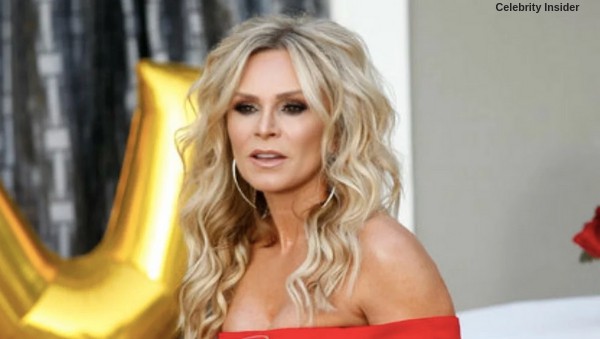 Can’t we all just get along? According to Tamra Judge, Emily Simpson, and Gretchen Rossi apparently not! The stars from the Real Housewives of Orange County are at it again and this time Tamra is accusing Emily of faking plot lines and of being jealous of her marriage.

Emily and Tamra got into it in a serious of tweets and Notes app screen grabs. The first shot was fired by Tamra who spoke out on Instagram to clarify that the cup reader on the last episode of RHOBH was totally fake.

“SOOOO. FAKE! just like the fake cup reader that knew my name when I walked into the door and told me she’s a huge fan and that’s she’s actually a hairdresser (that’s why I had the bitch face the whole party),” she wrote.

I don’t fake storylines or scenarios on the show, and I’ll refuse to be accused of it pic.twitter.com/Ty7iccQ0dQ

She then added that Emily’s mother-in-law had been asked to not mention that she had met Tamra’s husband Eddie before they taped. “Eddie has met Perry twice. A couple months prior to this party. Where he sat at her house (while I filmed Emily’s kids birthday party) and talked for hours about working out and she’s been to our studio.”

Then Tamra followed up her comment with another allegation which really set all Hell loose. “Clearly Emily is jealous of my marriage. As she should be! having other people do her dirty work. #messy #playsvictim #fake.”

Well Emily wasn’t going to take the hit and just roll over. Instead she struck back in an Instagram story where she went point-by-point and clarified some of these misconceptions.

“1. My mother in law is 73. She has met a lot of new people this season and I’m sure she was confused. She was never told to say that,” she wrote in a Notes app messages.

3. I never met the cup reader before that evening. I had never spoken to her until that night. I never told her what to say my mother-in-law didn’t either.

“4 . Of course (the cup reader) is a hairdresser! “Do you think she does cup readers for a full time living?”

5. “I like Eddie very much, but I’m not jealous of your marriage,”

And then she hit Tamra with the bigs guns. “If you don’t like fake story lines, maybe you should stop fake’ losing your top.”

Tamra then clapped-back at Emily, telling her that she “might be an attorney but I’m a Judge! You should know better to leave such a messy paper trail…”

She then doubled-down on her claim that the cup reader was “100% fake” and that Emily’s mother-in-law had met Eddie “4 years ago at CUT fitness and again at your kids birthday party where they talked for hours.#lies ohhh, suddenly she’s 73 and forgetful.”

And if things couldn’t get any messier Gretchen Rossi decided to add herself to the mix. She tweeted about the feud on her timeline, advising Emily to “just ignore her my love.”

Oh geese 🤦🏼‍♀️ this women thinks everyone is jealous of her. She has used that line about me for years; she is a one trick pony. When is she going to realize NO ONE is jealous of her or her life. 🤷🏼‍♀️ Just ignore her my love. https://t.co/7c0B1NBIDA

All we can say is that it’s time for Andy Cohen to come in and clean up this mess.

Whose side are you on? Sound off in the comments!