Tamra Judge's hubby, Eddie Judge, has taken some heat from the show and wants it to end. 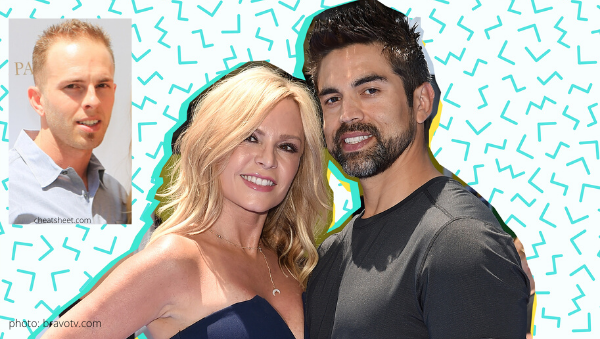 Real Housewives of Orange County husband, Eddie Judge, claps back calling the hit Bravo show ‘fake.’ Tamra Judge‘s hubby has taken some heat from the show and wants it to end. Eddie was criticized after the recent episode that featured Tamra and her 33-year-old son, Ryan Vieth, in therapy.The Cut Fitness owner took to Instagram to clear the air.

Time to move on… just because you see it on TV doesn’t mean it’s real! I’m happy most of you understand this and those that do not, you need to learn how it works. Reality TV is not Reality. These shows are designed to get maximum reaction from the viewers. Has anyone reached out to a villain on a TV show and messaged him/her what a piece of shit he/she is because of what they saw that person do or say to someone else on that show? Oh yeah, no. Because someone wrote that script. Well, someone writes the script on reality TV. Just not exactly the same way a scripted show is produced. I stand behind what I said and never did I say that people with a mental illness need to man up. I understand mental illness. I also understand when someone uses mental illness as an scapegoat. Ryan is not mentally ill and he is not using it as an scapegoat. He is struggling with life. And, you don’t have to be mentally ill to feel depressed. However, the TV show will figure out how to get max reaction by editing a touching moment in such a way to get you to watch for more. If they do not, then we have no show. Get it? The end!

In case you forgot, there was a scene where Tamra talked to Eddie about her son’s therapy and her fear Ryan would take his own life. Tamra stated, “I struggled with depression, I was sad, I had no self-worth. To hear Ryan say that, it scares me. I worry that one day Ryan might commit suicide. That’s my biggest fear.”

Eddie added, “When you’re struggling with childhood issues as a man, you’re not a man,” regarding his step-son.

Here is an example of one of the brutal tweets that sent Eddie into crisis aversion mode.

I’m not the biggest fan of Ryan on #RHOC but @TamraBarney husband Eddie is a huge dick. Ryan is being VERY adult and dealing with his problems instead of stuffing his feelings and walking around angry. The only person who was not “being a man,” was Eddie.

Eddie wasn’t the only one getting slammed on social media. Bravoholics were just as upset, if not more, with Tamra.

Tamra- the therapy session proved you were an absolute 💩 mother. Eddie saying 💩 about depression just showed me you two are a match made from hell. You heartless shellfish people @TamraBarney#RHOC

There were a few pro-Eddie commenters. One wrote, “People need to lighten up & not misconstrued words .. the producers if they mix it up & make it sound mean .. they should then offer help at the end of the show with a phone number for counciling .. or whatever the message is of the show .. we all know you are a down to earth guy who has supported Tamara & her family for years .. we get you Eddie .. don’t stress it great words & explaining you did 😇”

Do you think Eddie calling the show ‘fake’ excuses the way he talked about mental illness and depression? Sound off in the comments!