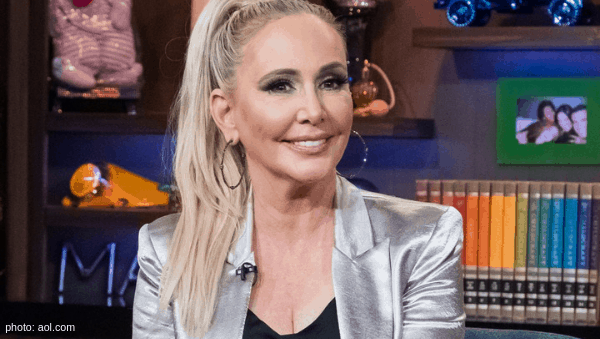 “When life gives you lemons, put nine in a bowl!” Shannon may need a bigger bowl according to her bitter ex.  Tension between Real Housewives of Orange County‘s Shannon Beador has only gotten worse with her ex-husband, David Beador. In true OC fashion, money takes center stage.

David is saying that his ex is making money moves. Shannon said, “The O.C. is full of secrets, but I have nothing to hide.” Well, according to court documents obtained by The Blast, David says Shannon made $1.4 million las year. He is claiming to have only made $500,000 in 2018.

This all began after David began the process to lower the montly support he forks out to his hustlin’ ex. She is currently squeezing $22,000 per month from the father of her three daughters.

David put all of Shannon earnings into the universe for us all to enjoy. He itemized her income and came up with over $800,000 for 2018. Shannon was paid an additional $238,500 from his Beador Construction company, which was court ordered.

“Some people say I’m too much to handle. I say, I’m just getting started.” Shannon also cashed in on QVC appearances with an additional $16,000 from her FabFit sponsorship.

It seems Shannon may have a new endorsement deal David may not yet be privvy to yet. He should grab his calculator!

@timeless_organics_skin_care is helping me achieve my 2019 goals! Timeless has been a part of my routine for a few years now and I could not be happier! The Anti – Aging Kit plus the Timeless Eye Serum help to nourish my skin. The Timeless products are so light and gentle, I just love them 😍! I always recommend this brand not only because of the great products but the amazing people behind them. Save 20% with my coupon SHANNON20 enjoy!

Shannon isn’t shy to flaunt that she’s living the life!

We’ll have to wait and see how this plays out in court! Thankfully for Shannon, “The truth is organic, but lies are just artificial.” To read more, click here.

Good thing for David, Shannon claims that “Karma’s a bitch, so I don’t have to be one.”

Whose side are you on? Leave Team Shannon or Team David with your reason why in the comment section!

Be the first to leave Comments for RHOC: Shannon’s Ex Claims She Made $1.4 Million Last Year