Are you surprised by the number? 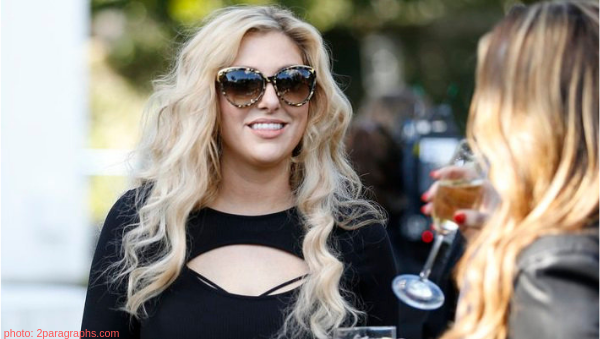 Remember back when Gina Kirschenheiter pretended everything was good as she and Matt Kirschenheiter attempted to co-parent amid their divorce? Those days are over!

The Real Housewives of Orange County star’s salary season 13 was revealed – as part of her divorce with baby daddy, Matt. In documents obtained by People, Gina was paid $63,000 by production and $5,450 by NBCUniversal for her second season of RHOC. Matt believes is ex is also making $10,000 a month in income from RHOC appearances and product endorsements.

I am really loving these Rattan Beach Chairs from @w.i.l.d.i.n.b.l.o.o.m They are so comfortable with three reclining option… so excited to show you guys these ~ also check out their Picnic Blanket ~ super soft with waterproof backing 🙌🏻❤️

Nicholas, Luca, and Sienna’s parents have come to a custody agreement, with Gina getting primary custody of their kids and nearly $10,000 in monthly support. According to People, “The financial agreement was based on Matt’s base salary and gross commissions from last year, which came out to $421,000. Gina’s earning were reported to only be $30,000.”

Then came Matt’s arrest for domestic abuse. Click here if you need a refresher.

Matt lost his job over the arrest, which means he isn’t earning $421,000 a year anymore. According to court documents obtained by The Blast, “Matt Kirschenheiter is battling Gina in his attempt to lower the $10k a month in support he pays. He argues Gina is now the money maker and wants her to pay support for their three kids.”

Are you surprised by Gina’s RHOC earnings? Sound off in the comments!

Be the first to leave Comments for RHOC Star Salary Exposed