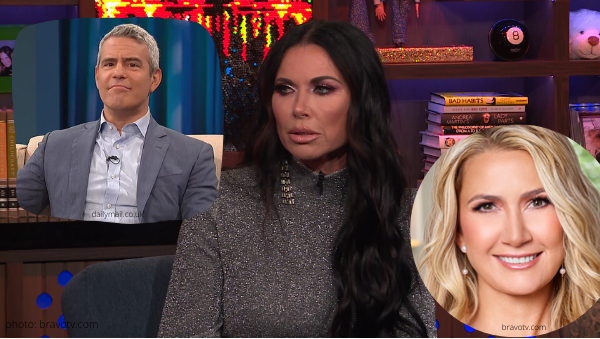 Real Housewives of Dallas star, LeeAnne Locken, apologized for the racial slurs she made regarding her co-star, Kary Brittingham‘s heritage. “That f—king c—t wants to prove how f—king tough she is because she’s from Mexico,” is one of multiple examples of what the Miss Congeniality actress (oh, the irony) said about her newest cast mate.

The controversial housewife took to Twitter to make an official statement. “I am deeply sorry to those that I have hurt or offended with some of my comments on Real Housewives of Dallas season 4. It was never my intention to hurt anyone and I will use this as a learning experience to be more aware of my comments in the future. My commitment moving forward is to continue my work fighting for equality and acceptance of all humans.”

As soon as LeeAnne made an attempt to dig herself out of the hole she created for herself, she made another racist comment in the process. In a sneak peak for next week’s episode, Mrs. Rich Emberlin said, “I don’t care that you’re Mexican. I’ve slept with plenty of Mexicans, by the way. Hot f–king lovers, OK? I sat in Julio Iglesias’ lap.”

Andy Cohen took time to comment on LeeAnne’s statements on Watch What Happens Live! “On next week’s finale, LeeAnne is finally confronted for her vile, disgusting slurs against Mexicans.”

After the clip, Andy reminded viewers that Julio Iglesias is, in fact, Spanish – not Mexican, before teasing, “I pointed that out at the reunion for the 90 minutes we talked about this and you will see all of it, unfortunately.”

Do you think LeeAnne’s ignorant comments will get her fired from RHOD? Drop your prediction in the comments!