Vicki Gunvalson withdrew the suit against Kelly Dodd and Bravo 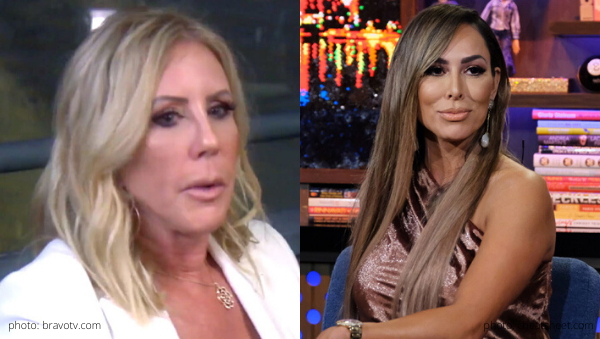 Real Housewives of Orange County star, Vicki Gunvalson, dropped the lawsuit against her co-star, Kelly Dodd and the Bravo network.

According to People, The OG of the OC  had planned for legal recourse against the mother of one and Bravo for “defamation against her business.” 1/3 of tres amigas is the president and founder of Coto Insurance & Financial Services, Inc. Well, the grandmother had a change of heart. “She has spoken to the producers and has resolved the issues amicably,” per People.

What fueled this fire between the on-again-off-again friends? While the OC gals were shooting in Key West, Florida, Kelly said, “You prey on older people,” to her frenemy. Jolie’s mom continued, “You are a con woman. You engaged in ‘fraud.’”

The soon-to-be Mrs. Steve Lodge didn’t take the accusations likely. “Vicki owes a legal and fiduciary obligation to her company, staff and clients. Her intent is to protect Coto Insurance & Financial Services from the meritless accusations from an upcoming episode,” the source spilled to People. So why did she drop the lawsuit?

I have a shady theory. Since Vicki has already been demoted, she’s probably scared for her future on RHOC, but that’s just me.

Why do you think Vicki dropped the lawsuit? Sound off in the comments!

Be the first to leave Comments for RHOC Lawsuit Dropped