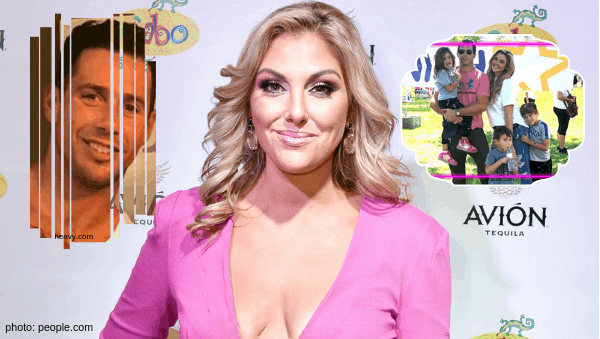 It would be an understatement to say Real Housewives of Orange County star, Gina Kirschenheiter, had a rough year. She and her babies’ daddy, Matt Kirschenheiter, divorced, she had multiple run ins with the law, but it doesn’t stop there….

Gina filed a restraining order against her ex-husband, Matt, two days after he had been arrested and jailed.

Why? You may ask?

“As of now, the exact nature of the domestic violence allegations are unclear, but the timing suggests they are directly connected to Matt’s arrest,” according to reports from The Blast. They even got their hot hands on a copy of Matt’s inmate report!

US Weekly was quick to remind readers, “he has yet to be officially charged with a crime. Matthew was released on Sunday, June 23, at 1 a.m. His bail was $0.”

RHOC fans are super confused as to what is going on with Gina’s back and forth with Matt. As of two weeks ago, it even seemed like the parents of three may be getting back together! Click here if you need a refresher.

Happy birthday to the man who has held my hand for the last 14 years despite the ups and downs. Thanks for being the best father to our kids, and the best friend a girl could ask for. Wouldn’t want to take on this crazy life with anyone else. Like you said, “I’m your person and you’re mine.” ❤️ Happy Birthday Matthew. 🎂

Do you think this may be the end – once and for all – for Gina and Matt? Drop your opinions off in the comments!