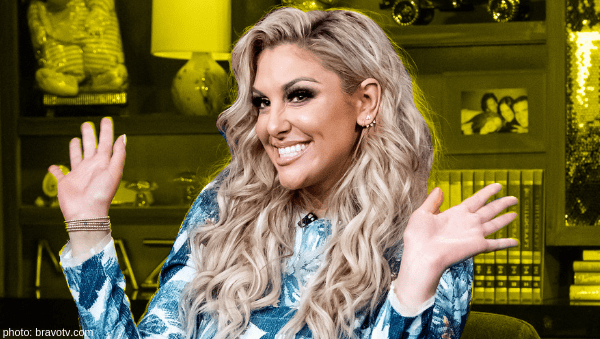 The Real Housewives of Orange County‘s Gina Kirschenheiter is not having the start to 2019 that she was hoping for. In case you missed it, Gina was pulled over for driving under the influence of alcohol and then days later pulled over for using her phone while driving. Well, things are not looking better for the mom of three young kids…

I honestly believe that some issues no matter how great and important are truly only a part of our awareness once we are personally effected by them. For me….what happened this week is that issue. It’s amazing how in the course of less than a week you can realize the full extent of allowing people into your every day life and how the opinions of everyone watching can run from incredibly chastising to extremely supportive. Bad choices have bad consequences. Mine are magnified bc I chose to share my life with you on a very public stage. Those who are a part of my real life gave me words of encouragement and love knowing the content of my character and the love in my heart. As embarrassed and hard on myself as I’ve been in these past few days, I’ve been shocked by the astonishing amount of “it could have happened to anyone” and “we’ve all been there” that I’ve received through friends both close to me and on social media. I could easily join in with the chorus saying “you’re right, it could be any of us” but it shouldn’t be any of us. EVER ! It’s terrible that this has become a social norm. I am disappointed in myself and that I am a part of this social norm. Especially since everyone who knows me knows I’m the queen of Uber/Lyft. This didn’t happen to me. I wasn’t “unlucky” I made a conscious decision to do something epically stupid. One time is one time too many. I am awake now. I can promise this will NEVER BE ME again. To all of you who wrote me with pain in their hearts about how drinking and driving has had a negative impact on them and their families, I hear you. Thank you. I make this promise to each one of you with your messages in my heart…. I am committed to this cause and hope to effect a positive change and dialogue. You don’t have to believe me with these words, but I hope over time you will see through my actions.

Gina, 34, was officially charged with driving under the influence of alcohol. The blond beauty’s blood-alcohol level was above the legal limit of .08. In fact, her levels were at nearly three times the legal limit according to The Orange County Register.

Gina is scheduled to be arraigned on February 28th at the Harbor Justice Center in Newport Beach. I wonder if the RHOC cameras will document this storyline…

As we all know from the Vicki Gunvalson ‘friend of’ or ‘full time housewife’ drama that the OC ladies are already filming Gina’s sophmore season. I have a feeling the Long Island native’s story lines will be related to her legal issues, but that’s just me.

It’s nice to see some of Gina’s costars stand by her during this difficult time.

Sometimes you’re down and people sursprise you. ❤️ @shannonbeador @tamrajudge feeling super lucky to be part of the sisterhood of the traveling orange right about now 😂❤️😘 #RHOC

Are you glad Gina is returning to the RHOC? Let me know in the comments!

Be the first to leave Comments for RHOC: Gina Kirschenheiter Officially Charged With DUI