The OC housewife stars alongside actor and restaurateur, Danny Trejo, in an erectile dysfunction ad. 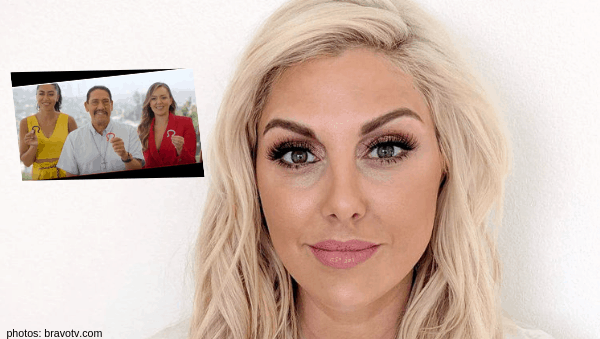 The commercial is for Giddy, an erectile dysfunction device. “Gina did this as a slight way to throw shade at her ex-husband Matt and he will definitely get it,” an Orange County insider spilled to Radar Online.

If you watched Gina’s first season of RHOC, you saw her picturesque marriage to Matt Kirschenheiter crumble. She told her co-stars on air that she and Matt were living separately, yet still having sex. It was all very confusing to the other housewives and many fans, according to online forums.

Well, in the commercial for Giddy, Gina states, “Giddy is available in a one-pack, two-pack and four-pack. One for his place, one for her place and one because you just never know where you will need it. Plus, there is no prescription necessary and no side effects!” Her line about having one for his place and her place was clearly a dig at her failed marriage. Talk about hitting where it hurts!

Do you think Gina was throwing low-key shade at her ex? Sound off in the comments!