RHOC Cheater Is Clapping Back 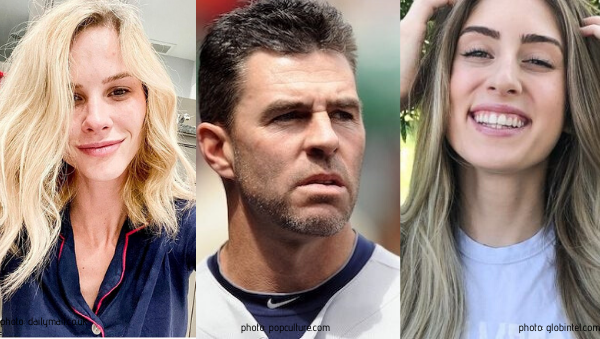 Former Real Housewives of Orange County star, Meghan King Edmonds‘ husband, Jim Edmonds, is clapping back after rumors of his affair with his children’s nanny circulate. I don’t have kids, but if I did, I’d only hire nannies that look like Mrs. Doubtfire, but that’s just me….

According to The Blast, Jim filed for divorce from his wife, model, and former RHOC star last week. That’s when the rumors of Jim cheating with the nanny, Carly Wilson, began. Carly denied the affair. Jim has taken to social media to tell his side of the story.

** BREAKING NEWS ** It’s one thing to be accused of something. It’s another thing to be so negligent and so careless, and ruin the lives of innocent young people.. I did not sleep with our nanny. She’s not just a nanny, she is someone that we brought into our house and promised to protect and look after while she was in our home. We have been treating and raising this young girl like she is our own child! For someone to accuse me of sleeping with her is not only wrong, it’s disgusting and irresponsible. Just because I am an athlete and I was portrayed as a bad person on bravo TV. Doesn’t mean I dont have a clue what life is all about. We made a promise to that young girls mom, that We would take care of her and make sure that she was safe while she was in our hands. I will not sit here and take this bullshit without fighting back. Just because you’re extremely whitty and intelligent, and know how to play the Instagram game. Doesn’t give you the right to use that platform to wrongfully accuse. Not only is it irresponsible. It is dangerous and puts my family in harms way. We all make mistakes. This is not one of those times. My heart is broken for everyone involved. if you get anything out of this post. Get the truth.

Jim also took to his Insta story to  tell his side of the saga. Thanks to my friend @a_beautiful_snarky_mess for keeping us in the loop!

Several of you have DMd me Jim’s recent IG Story 🙄🙄🙄🙄 I wish there was a law that cheaters/liars went to jail too Jim… 🤷🏻‍♀️🤷🏻‍♀️🤷🏻‍♀️ And curious, why is he defending the Nanny so much??? I mean, he’s like really defending her. I could see one statement denying it, but he’s on IG telling people off and then calling the mother of his children “crazy, insecure, narcissist”… Or at least his cryptic IG story post could be seen as being about Megan… 🤔🤔🤔🤔 I don’t know, usually where there is smoke, there is fire… But anyhoo, I have spent way too much time on this. Thank you all for sticking around. 😘 Now let’s get ready for Teresa & Joe… 😬 #bravotv #liarsbelike #cheatersbelike #rhoc #realhousewivesoforangecounty #jimedmonds #megankingedmonds

Just so you know, Jim was spotted out over the weekend at a hockey game. He and his ‘date’ wore baseball caps to remain anonymous. Do you think it’s Carly?

I know some others have had this sent to them (@a_beautiful_snarky_mess). But one of our followers sent from a facebook group they’re in (we don’t even have a personal facebook). Anyway. Do we think it’s nanny Carly? 🧐#bravotv #bravoingtogether #rhobh #realhousewives #rhoa #rhonj #rhony #rhoc #rhop #rhod #bravotv #dank #savage #housewives #wwhl #memes #married2med #meme #belowdeck #cringe #nochill #funnymemes #memepage #humor #shahs #kuwtk #southerncharm #instagood #vanderpumprules #jimedmonds #meghankingedmonds

Meghan is working on staying positive through this tough time, and has gotten lot of love from followers and other Bravolebrities on Instagram.

RHOBH star, Kyle Richards, commented “He is a real POS who will never change. YOU on the other hand are young , beautiful and smart. You are way better off even though I know that is hard to see right now ❤️”

Amid all the drama surrounding his family, Chrisley Knows Best star, Todd Chrisley, commented “Love you sister , you’ve got this …”

Never forget, Jim was caught in June of 2019 for sending inappropriate photos to a woman known as the ‘baseball madame,’ and even sent a video of him pleasuring himself to his mistress the day Meghan gave birth to their twins. Click here for an article I wrote earlier this year if you need a refresher.

Meghan responded to Jim in a blog post, “I’m a simple girl. I wanted a solid marriage. I’m as loyal as they come and I wanted the vows we made when we exchanged our rings to be acted upon,” she wrote. “Now my wedding ring symbolizes fraud.”

If you can’t get enough dirt on all things Real Housewives, you should check out the Pink Shade with Erin Martin podcast and the On This Day Entertainment podcast. Both shows spill all the tea on what’s happening in the world of reality tv. Click the links to listen!

Do you believe anything that comes out of Jim’s mouth? Sound off in the comments!