Gina's costars were shocked by the accusations. 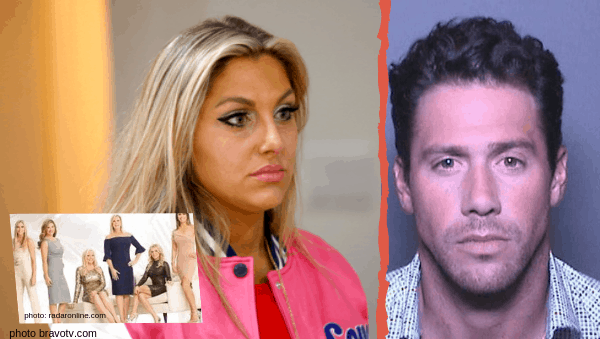 If you’re like me, season 13 newbie to the Real Housewives of Orange County cast, Gina Kirschenheiter‘s marriage was a mystery. The audience heard about her husband, Matt Kirschenheiter, but he never appeared on the show – we only caught glimpses of him in photos around the couple’s home. Weird.

Fast forward. We learn that there is trouble in Casa Kirschenheiter. The parents of three decide to separate, even though they remained close friends with benefits. Okay.

Gina and Matt eventually divorced, but remained close. Gina posts regular photos of her and her ex co-parenting their three small children. Rumors have even circulated recently that the pair may even reconcile.

Happy birthday to the man who has held my hand for the last 14 years despite the ups and downs. Thanks for being the best father to our kids, and the best friend a girl could ask for. Wouldn’t want to take on this crazy life with anyone else. Like you said, “I’m your person and you’re mine.” ❤️ Happy Birthday Matthew. 🎂

All that has changed.

Now, in the aftermath of the 35-year-old RHOC star’s domestic violence restraining order against her baby daddy, Radar Online has exclusively learned that her co-stars wish she had opened up to them about her marital woes from the get-go.

A source close to the show told Radar, “Now that the cat is out of the bag, all of the ladies are really super supportive of her right now, because she needs the support. Some of them have all been through divorces, and also have been in bad relationships.”

“But the women — including Tamra Judge, Shannon Beador, Emily Simpson, Kelly Dodd & Vicki Gunvalson — are sad she didn’t confide in them in the first place,” as per Radar’s source. “They just really want Gina to be honest about what is really going on from this point forward so they can help her.”

Matt was arrested on suspicion of felony domestic violence on June 22, though he has not yet been charged. He must, however, stay over 100 yards away from Gina and the children until next month’s court hearing. Click here to catch up on the full story.

Which of the ladies do you think will be supportive of Gina during this trying time? Let me know in the comments!