The future Mrs. Steve Lodge appears in the preview confirming her return. 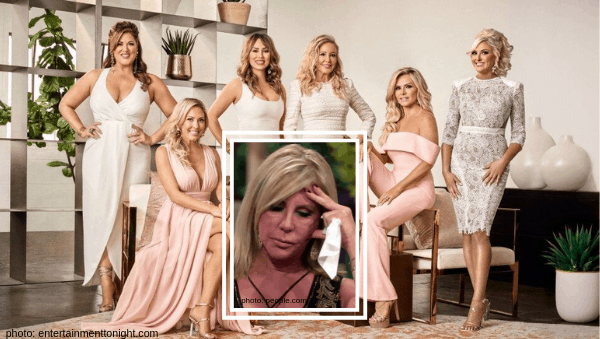 The Real Housewives Universe Is Shook.

The self-proclaimed ‘OG Of The OC‘ is not featured in the Real Housewives of Orange County season 14 official cast photo.

Page Six reported, “Gunvalson, 57, is coming back to the show as a ‘friend’ of the cast for Season 14, Bravo announced on Tuesday. Gunvalson has been a fixture on the show since its inception in 2006.”

The rest of the RHOC gals from season 13 will be returning, with one new addition, Braunwyn Windham-Burke. I did some Instagram research so you wouldn’t have to. Braunwyn has a blog, Barefoot In Heels. It focuses on her seven kids, so I immediately jumped ship. BORING! Not what I’m looking for in a housewife (Sorry Gina Kirschenheiter and Emily Simpson!) So, you may want to do your own ‘research’ for yourself if following a mom of seven is your thing.

It’s been such an amazing few months!!! #rhoc #rhocseason14

“Bravo always shakes up the cast from season to season,” an insider told Page Six explaining the casting changes. “Vicki’s very much a part of the drama and a part of this group.” The grandmother who loves to ‘Whoop It Up‘ posted this to her Instagram page one day before Bravo released the cast photo without her in it.

If you want to see the RHOC season 14 preview for yourself, here ya go!

Are you glad to get less Vicki in the upcoming RHOC season? Leave your opinions in the comments!