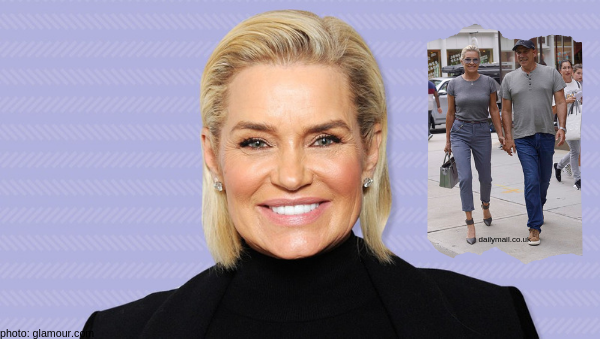 Real Housewives of Beverly Hills alum, Yolanda Hadid, was seen strolling the streets of NYC hand in hand with her new man, Joseph Jingoli.  She made her relationship Instagram official posting, “This much I know is true, that God blessed the broken road that led me straight to you.” 🎼 #MyMysteryMan #JoeyJingoli#ILoveYou

❤️This much I know is true, that god blessed the broken road that lead me straight to you…. 🎼 #MyMysteryMan #JoeyJingoli #ILoveYou

Yo was previously married to Mohamed Hadid from 1994 to 2000 with whom she shares her three genetically blessed children. Then, she married highly acclaimed producer/songwriter David Foster in 2015. While staring on RHOBH, Yolanda suffered Lyme Disease and eventually a split from David after six years of marriage. David is now married to American Idol alum, Katharine McPhee.

Do you miss Yolanda on RHOBH? Sound off in the comments!