The restaurateur was replaced by an actress and a fashion designer. 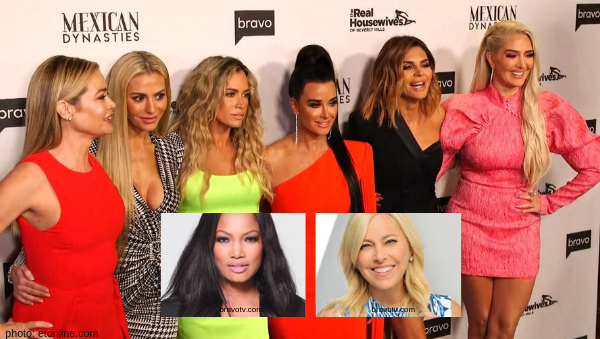 Real Housewives of Beverly Hills added TWO new housewives to fill the void left by Lisa Vanderpump. The restaurateur was replaced by an actress and a fashion designer for the 10th season of Bravo‘s juggernaut.

Some of you may already be familiar with actress Garcelle Beauvais, who appeared on seasons 8-11 of NYPD Blue and the Jamie Foxx Show. The proud Haitian is the first African American housewife franchise with the most famous zip code!

In a statement to Bravo’s Daily Dish, “I am excited and proud to be joining the cast of such a wildly popular and beloved show like The Real Housewives of Beverly Hills. As a working actor who has been in the industry for some time, it’s exhilarating to have the opportunity to delve into a new chapter in the entertainment spectrum. As the first African American Housewife in the Beverly Hills franchise, I am honored and humbled by this awesome opportunity to exemplify the fact that Black Girl Magic lives and thrives in every zip code!”

The mother of three continued, “Already being intimately familiar with the spotlight of Hollywood, my journey of successes and trials has already been chronicled and shared with my many loyal supporters around the world. The continual encouragement, support and yes, even at times, criticism, have helped make me the dynamic woman I am today. I’m excited to share the many ongoing daily surprises, laughs and joys of being a working mother in today’s crazy world. The hustle is R-E-A-L! No games, all heart and a little dash of fashion-filled sass is what you’ll get when you step into my sphere…and I wouldn’t have it any other way!”

Does anyone remember the episode of the Fresh Prince of Bel Air that featured a young Garcelle? Enjoy this lesson in women’s liberation from 1995…..

The second woman chosen to hold a coveted diamond is none other than Lisa Rinna‘s best friend, Sutton Stracke. (Passive aggressive shade to LVP much?!?!)

The southern born debutante is an award winning party planner and was ranked alongside The Obamas as well as Mariska Hargitay. When she’s not busy with her three children, Sutton and her husband are “active supporters of art, and have made sizable donations to the ballet and galleries,” per reports from Distractify.

“I am thrilled and honored to be joining The Real Housewives of Beverly Hills. As a mother to three children who is also deeply committed to my efforts in philanthropy, my life is a balancing act. There is a lot going on in the best way possible and I strive to pursue all of my passions to the fullest,” Sutton told The Daily Dish in a statement. “I am excited to share my true loves of art and fashion design, and open the doors to my world. I am looking forward to this ride and where this journey takes me. Fun times ahead for this Southern Belle in Southern California,” per a statement from Bravo’s Daily Dish.

Are you excited for these additions to the RHOBH cast? Sound off in the comments!