Lisa Rinna claps back at haters online by re-posting a video of her dancing. 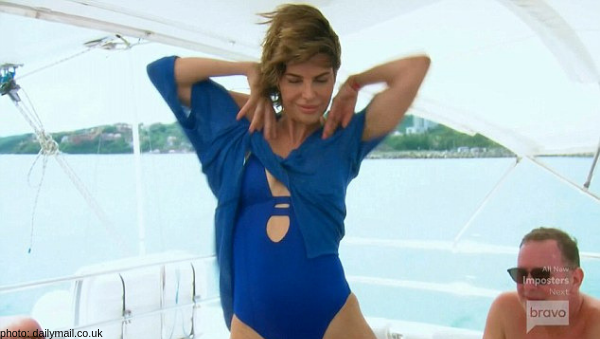 Real Housewives of Beverly Hills star, Lisa Rinna, claps back at haters online by re-posting a video of her dancing to Billie Eilish‘s Bad Guy.

In a separate comment, Lisa Rinna stirred the pot further by writing “I love how this pisses so many of you off 😂.”

In case you missed this video the first time, the mother of two shared this gem on July 25. “At the time, she received praise for flaunting her toned figure on social media, but also got some negative attention from detractors accusing her of loving herself a bit too much,” according to Fox.

Lisa Rinna, being the hyper-extra type, couldn’t resist making a compilation video of herself dancing after receiving backlash. Knowing EXACTLY how to throw delicious shade at her haters, she used RuPaul’s anthem ‘Supermodel (You Better Work)’ as the background track.

You better Werk! #nationaldanceday 🧡💃🏻🤠🕺🏻💋😍 Thank you @haleycocco_ for this cute edit! Sashay Shantay!!!

Like the great Taylor Swift coined, “Haters Gonna Hate.” However, Lisa’s squad  gave us #SquadGoals as they encouraged their friend to never lose her groove. Dorit Kemsley, former Beverly Hills 90210 star Vanessa Marcil, and Daisy Fuentes all took to the comments section of Lisa’s post to share their support for infamous friend.

What do you think of Lisa’s dancing videos. Leave ‘Love Them’ or ‘Hate Them’ in the comments!