Home > Buzz Does Kyle Richards Have An LVP Replacement In Mind

Does Kyle Richards Have An LVP Replacement In Mind 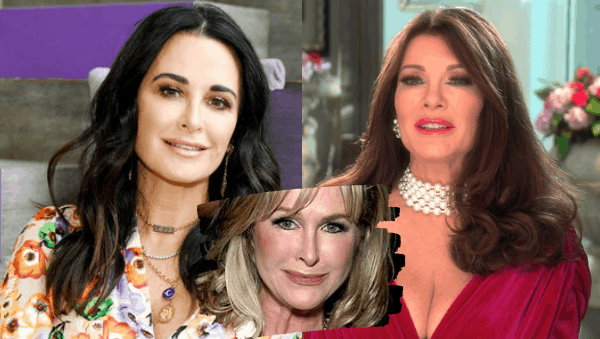 Does Real Housewives of Beverly Hills star, Kyle Richards, have an Lisa Vanderpump replacement in mind? Kyle’s sister, Kathy Hilton, is rumored to replace LVP! Could RHOBH replace the restaurateur with a hotel heiress?

Producers think Kathy may be the perfect fit to fill the LVP spot. We know Kyle had public feuds with her other sister, Kim Richards, in RHOBH history. Never forget the limo ride from hell…

Apparantly, Kyle has feuded publicly in the past with Kathy as well.  In fact, Kyle has called Kathy “a shameless social climber”, according to a source from Radar Online. Maybe that’s where her daughter, Paris Hilton, gets it from…

Kathy is no stranger to reality tv. She hosted NBC’s reality competition I Want To Be a Hilton back in 2005 and appeared on eight episodes of RHOBH starting 2012 and also showed up on an episode from this season.

Would you like to see Kathy join her sister, Kyle, in the RHOBH cast? Sound off in the comments!