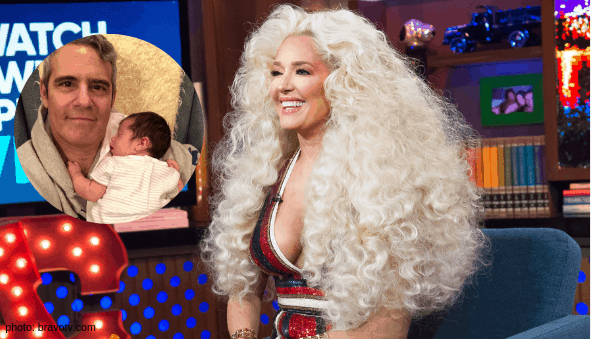 “I gave Andy’s baby Disney stock. I gave him stock!” Erika revealed during an interview with Access Hollywood. The pop singer included, “I just thought he would have enough rompers and my beloved grandmother used to give us stocks and bonds for our birthdays.”

No shade to the housewives who DID give Baby Benjamin more traditional gifts. Real Housewives of Beverly Hills star, Dorit Kemsley, gave her boss’ first born a Fendi tracksuit, while the Real Housewives of Potomac‘s Karen Huger gave the baby “Gucci Gucci Gucci,” according to the new dad.

Click here to see video of Andy dishing about his baby gifts with Hoda Kotb for yourself!

Do you like the idea of giving stocks as baby gifts, or will you stick with binkies? Let me know in the comments!