The $1.2 million lawsuit against Paul and Dorit Kemsley was dismissed. 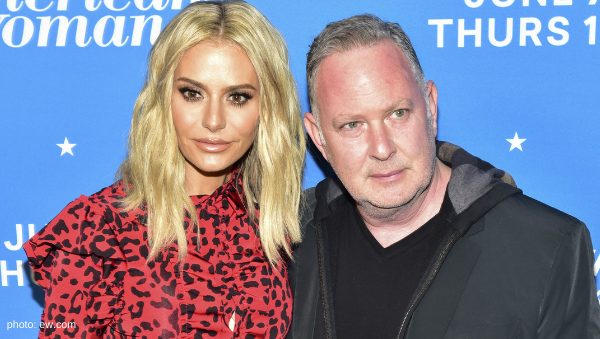 Real Housewives of Beverly Hills star, Dorit Kemsley, and her husband Paul ‘PK’ Kemsley celebrate the end of their legal drama. The lawsuit for $1.2 million against the couple was dismissed, so the fashionista let her hair down to celebrate.

In case you missed it, PK was sued by a creditor named Nicos Kirzis. The lawsuit claimed that Nicos loaned Boy George‘s manager money but was never paid back. The legal battle went on for several months and Dorit was even brought into the drama. Click here for more info!

Never forget the video obtained by The Blast of a woman screaming at Dorit while vacationing with her RHOBH cast mates. The angry woman who screamed “you cheap bitch!” at Dorit was friends with a different man currently suing the Beverly Beach designer and her husband.

Unfortunately for us Bravoholics, the producers don’t give fans the real life dramas of the women on the show- just the manufactured drama they feed us. Case in point, puppy gate. Bravo producers still have the chance to show the real financial drama of this odd couple on the next season of RHOBH, as PK and Dorit are still in financial turmoil. The parents of two were also nailed with federal tax liens over an alleged $1 million dollars in back taxes.

If you’d like to listen to all the latest happenings in the reality world, check out the On This Day Entertainment podcast for updates! Click here to listen to me spill last week’s reality tea with Taste of Reality creator, Troy Turner. Stay tuned for this week’s episode with Everything Iconic‘s Danny Pellegrino that drops on Throwback Thursday!

Are you glad Dorit is returning for another RHOBH season? Drop your opinion off in the comments!