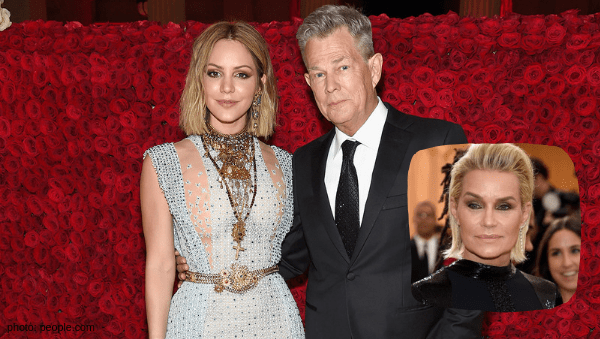 Congratulations to the newlyweds! The Taste of Reality team wishes Katharine and David a lifetime of happiness!

E! News got the exclusive. The musical couple said ‘I Do’ in London. Their family and friends, including David’s daughters Sara Foster and Erin Foster were in attendance. The bride couldn’t resist sharing the beginning of her journey to the alter with her Instagram followers.

Exactly 13 years ago today my very first single, Somewhere Over The Rainbow, was released right after Idol. Today… I’m marrying the man who produced it. Life is full of beautiful coincidences, isn’t it? Thank you for taking me over the rainbow, David. ❤️

A source told E! News David and Katharine “exchanged vows at the altar in a traditional manner about 35 minutes into the ceremony. ‘It was a very quick but traditional ceremony,'” E!’s insider continued, “Katharine looked stunning in a classic Zac Posen simple white gown.”

The pre-wedding party kicked off last week. “Katharine was popping champagne bottles and everyone was singing to the music,” per an E! News source. “It was a great time.”

Last year, People Magazine reported that David, 69 and his ex, Yolanda, 55, haven’t been in communication since her ex’s engagement to the 35-year-old.

Do you think the fourth former Mrs. David Foster will send her well wishes to the newlyweds? Sound off in the comments!